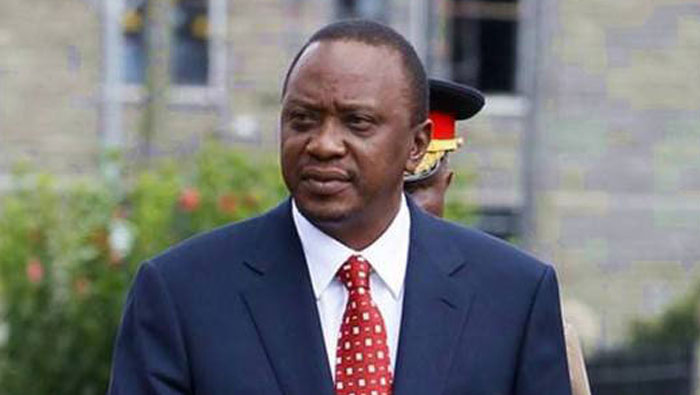 Nairobi: Kenyan President Uhuru Kenyatta on Saturday confirmed seven new COVID-19 cases, which brought the country's total to 343.
Kenyatta said that the government has contained the spread of the virus due to mitigation measures that have been put in place.
"While we mourn the 14 that have succumbed to the disease, we also celebrate the 98 recoveries," Kenyatta said in a televised news conference in Nairobi. Three more patients recovered in the last 24 hours.
Kenyatta said that so far 17,492 samples have been tested since the COVID-19 pandemic outbreak in the country, which is proceeding with mass targeted testing.
According to Kenyatta, the tests are giving medical experts the data and insight to guide policy decisions on COVID-19.
Kenyatta announced the formation of a National Hygiene Program that will be launched next week to create jobs while making the environment healthier.
He said that the first phase of the programme for the next 30 days will employ 26,148 workers, and the number will eventually grow to over 100,000 youth.
"The inaugural cluster of employment will involve residents in 23 informal settlements, spread across seven counties," he said.
To demonstrate the principles of this approach, Kenyatta said the making of face-masks will be undertaken by 4,048 tailors residing in those settlements.
For their neighbourhoods, he said, they will make up to 250,000 masks per day and will stimulate local economy while advancing the war against the coronavirus.
The president directed the National Response Emergency Response Committee to map out the economic sectors and activities on the basis of infection risk.
"This mapping exercise when combined with increased testing and more exact contact tracing will inform how we reopen the economy progressively. We will reopen this economy but it must be in a way that does not endanger many thousands of lives," he added.
He said that a few restaurants will be allowed to undertake mini operations in towns that have been hard hit by the pandemic.
"The owners will have to meet the requirements laid down by the ministry of health," he added.