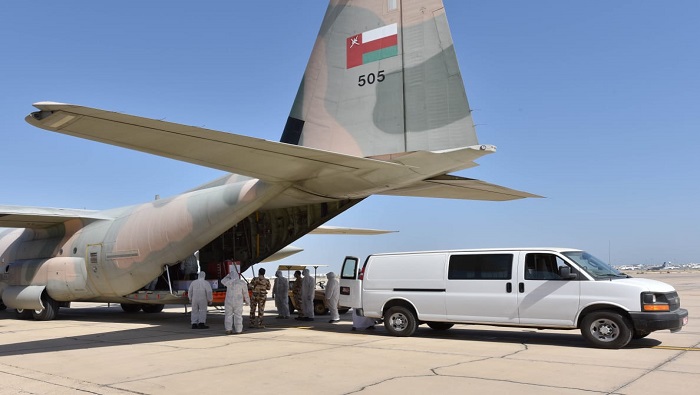 Muscat: The Royal Air Force of Oman has operated a special flight to bring back the body of a citizen, as well as his family members, from the United Arab Emirates to the Sultanate. The special flight was operated on Thursday.

A statement issued online by Oman News Agency (ONA), said: "Oman Air Force has operated a special flight to transport the body of a citizen who passed away in the Republic of India after he suffered from kidney failure. The body and his family were transported from Dubai International Airport in the United Arab Emirates to the Sultanate."