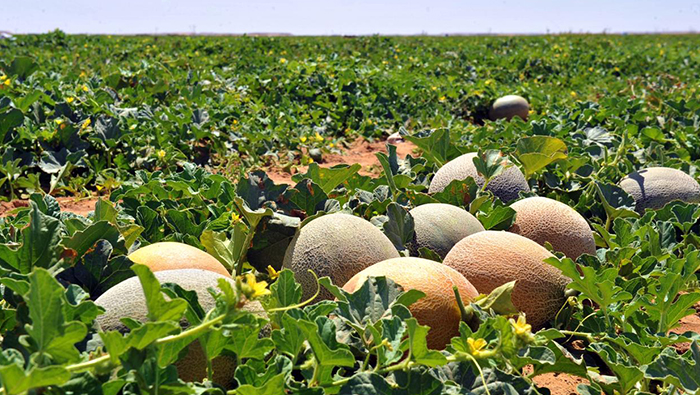 Salalah: Al Najd region in the desert of the Governorate of Dhofar enjoys natural potentials. It is an environment with fertile lands that extend to more than 40,000 square kilometres. It is one of the most promising agricultural regions in the Sultanate to cover the local demand for various crops.
Al Najd farms are spread in large areas, such as Shasr, Hailat Al Rakka, Hanfait, Doka and Wadi Benkhotar. These areas are rich with date palms, watermelon, melon, lemon, guava, pomegranate, fig, mango and grapes, in addition to tomatoes, onions, garlic, peppers, potatoes, okra and eggplant, as well as cereal crops, such as wheat and corn.
Agricultural production began in Najd region since the early 80s. Agriculture was developed in Najd with the introduction of electricity and road services to farms. The region is characterised by flatlands and fertile soil that can be reclaimed, in addition to the availability of groundwater suitable for agriculture.
Dr Ahmed bin Suhail Al-Hadhari, Head of Oman Agricultural Association’s Branch in the Governorate of Dhofar stresses in a statement to Oman News Agency (ONA) the importance of Al Najd promising it as an agricultural region that can achieve self-sufficiency and food security in many strategic crops.
He pointed out that the number of fruit trees in the region in / 115 / farms reached more than 143,000 trees. The annual vegetable production hit 27,000 tonnes and 80 tonnes of wheat in two farms in Hailat Al Rakah and Shasr, in addition to more than 1,000 tonnes of dates and 10 million bundles annually as fodder for livestock.
Al-Hadhari added, “It is required to grow crops that achieve self-sufficiency in agricultural products in the Sultanate. The Oman Agricultural Association seeks to encourage, guide and educate farmers in Al Najd region to increase and diversify agricultural production to fill any deficit of agricultural products in the local market and focus in the coming seasons on basic crops, such as wheat, onions and garlic, to reduce import. Al Najd farms in the Governorate of Dhofar are among the most promising productive areas in the field of agricultural investment.”
He pointed out, “Al Najd farms contribute significantly to covering the local market’s need for various crops, such as vegetables and fruits, in addition to animal feed that is sold in the local markets inside and outside the governorate. High-quality Omani frankincense trees are also planted in some farms. The volume of investments in the region hit more than OMR25 million.”