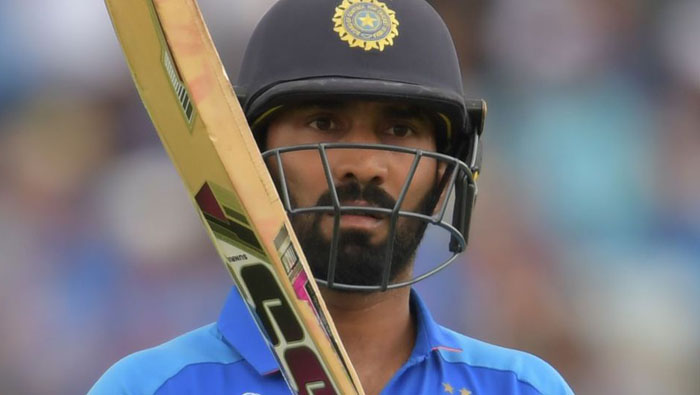 New Delhi: Dinesh Karthik, who was part of the Indian team that suffered a defeat in the ICC Men's Cricket World Cup 2019 semi-final, believes India are on the verge of a world title.
India were perhaps the most dominant side in the group stage of the 2019 World Cup, winning each of their matches except the one against hosts England. After having topped the table, they were favourites going into the semi-final against New Zealand.
But, a rare top-order failure in the knock-out game set the tone for India losing by 18 runs. That defeat added to their recent list of ICC events where they finished without a trophy despite doing well to reach the key stages of the tournament.
Since the 2014 ICC Men's T20 World Cup, the side has reached at least the semi-final of every marquee ICC tournament and even advanced to two finals, but don't have a trophy to show for all the good work. Karthik feels it's just a matter of time before they reverse their fortunes and win major silverware.
"We've always been good at playing big tournaments because I think in the last few years if reaching the semifinals was the yardstick, we've hit it every time," Karthik, who batted at No.5 in that semi-final, said in an online interview with commentator Harsha Bhogle on Cricbuzz.
"It's just that we've not gone on to go to the final or win the World Cup, but I'm sure it's around the corner given the kind of skill that we have."