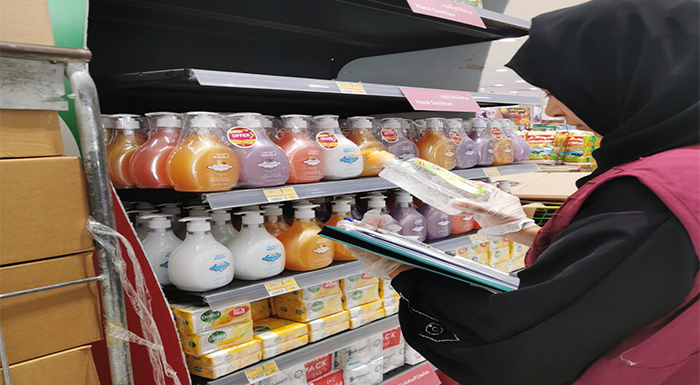 Muscat: More than 100 communications and 23 violations were dealt by the Consumer Protection Administration in Rustaq in the South Al Batinah governorate.

The Consumer Protection Administration in Rustaq has received approximately 101 reports since the beginning of the Corona pandemic in the Sultanate, and it has filed a number of 23 violations, most of which focus on high food prices, sterilizers, and masks, and necessary measures have been taken.

The administration has intensified its inspection efforts to monitor markets and commercial centers to ensure the availability of goods and services necessary for the consumer, and to address any exploitation that may occur to consumers during this critical period, in the pretext of the pandemic.

Where morning and evening work teams were formed to inspection markets during the two periods, and to verify communications received both over the hotline of the authority or its accounts on social media networks.

In addition to following up on the implementation of the decisions issued by the authority and the commitment of the providers thereof.

Salim bin Mohammad Al Abri, Director of the Department, confirmed that: “Since the beginning of the emergence of the coronavirus in the General Hall of the Authority and all its departments in the governorates, integrated work plans have been put in place to follow up the prices, through the database in the administration for most of the goods available in the commercial centers to limit the exploitation of conditions and raising the prices of goods.”

“Where many violations related to raising the price have already been monitored in the various governorates of the Sultanate, and legal measures have been taken in this regard.”