Germany’s next football star to wait for his chance 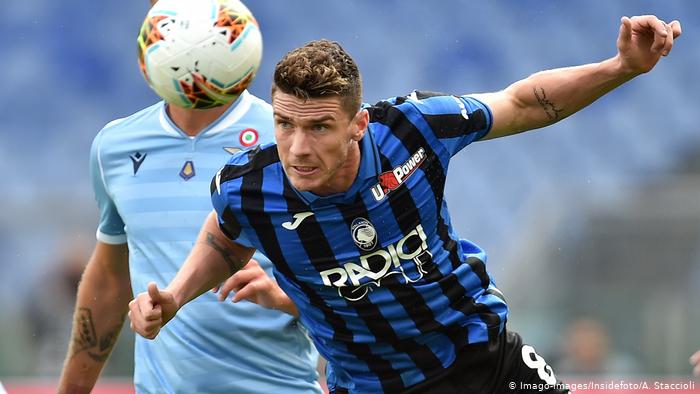 Berlin: He had been waiting for the call. A standout season for Serie A side Atalanta had finally piqued the interest of Germany coach Joachim Löw, who had traveled to Northern Italy on more than one occasion to assess whether Robin Gosens might be the answer to Germany's left-sided problem.
A powerful, marauding left-back who can also play further forward, Gosens has been a key figure in Atalanta's rise to prominence and status as the top scorers in Italy's top flight with a remarkable 70 goals in 25 domestic games. A strong defender with a penchant for getting forward, Gosens notched eight goals and five assists this season, establishing himself as one of the first names on the team sheet.
Gosens was widely expected to be called up for his first Germany caps in the March friendlies in Madrid against Spain, and against Italy in Nuremberg. Then the coronavirus struck.
From fairytale to corona epicentre
Atalanta, to the surprise of many, have enjoyed a couple of fine seasons. The Italian side qualifyed for the Champions League for the first time in their history, and then progressing through their group ahead of Shakhtar Donetsk despite losing their first three games. A convincing 8-4 aggregate win over Valencia had then set up an unprecedented Champions League quarterfinal. Atalanta had just gatecrashed the final eight of Europe's elite club competition, becoming the European football story of the year.
Atalanta were also able to handle the dual demands of their first foray into the Champions League with the weekly rigors of Serie A. Gosens and his team were fourth, ahead of the likes of Roma and AC Milan, when the football stopped.
It later became apparent that the spread of the coronavirus in Spain and northern Italy was accelerated by Atalanta's game against Valencia on February 19, a fixture played at the higher capacity San Siro in Milan, rather than Atalanta's smaller home stadium in Bergamo, also in the hardest-hit region of Lombardy.
The game, a huge moment in the club's history, was subsequently dubbed "Game Zero" by the Italian press.
The days after the game saw the numbers of coronavirus cases sky-rocket, and the decision to play that game, in that stadium, at a time when the virus was spreading, started to be questioned.
The return leg went ahead on March 10 without fans in Valencia. Soon after, a third of Valencia's players and staff tested positive as well as Atalanta's goalkeeper Marco Sportiello.
While some restrictions are slowly being loosened in Italy, the prospect of a return to domestic football in Serie A – even behind closed doors – remains distant.
Gosens' rise put on hold
From a football perspective, it's been an unfortunate chain of events for Gosens, who was just starting to gain recognition in Germany and reportedly attracting interest from other big European clubs.
Gosens' rise to football prominence is on hold. Rather than the football team being a story of celebration for Atalanta, the 1.1 million population city of Bergamo is instead fighting to overcome the coronavirus.
The 25-year-old, born on the border with the Netherlands to a Dutch father and German mother, is a product of Vitesse Arnhem's academy and remains a relatively unknown quantity in his homeland, having never played any level of football in Germany. While that will remain the case for a while longer, it seems only a matter of time before he becomes a household name in Germany too.