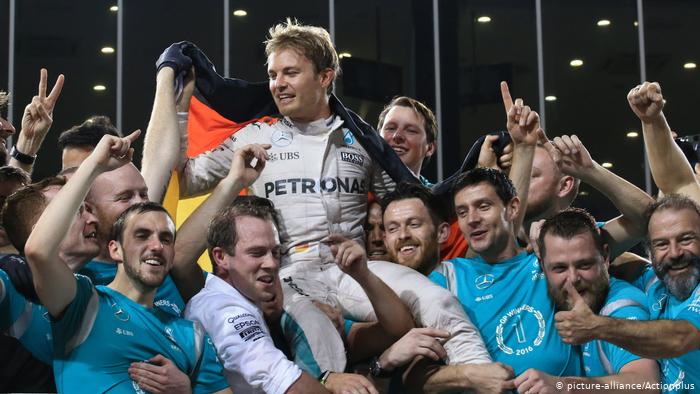 Berlin: Former Formula 1 drivers' champion Nico Rosberg says he is hopeful some races will still take place this season, but that "creative" solutions are required as the sport deals with the fallout from the coronavirus pandemic.
Speaking to DW, Rosberg suggested F1 could stage two closed-door races per weekend as a way of fulfilling this season's calendar.
"Maybe they can get a little bit creative and do doubleheader weekends where perhaps on a Saturday they go one way around the racetrack and the other way around on Sunday," he said.
"It helps that we can hold races without spectators," Rosberg added. "That will allow some races to happen sooner, because that will allow us to race even with the limitations of not having more than 100 people in one place. Races can then still be held. So that's a little advantage."
With the announcement on Tuesday that the Canadian Grand Prix has been called off, the first nine races of the 2020 season have now either been postponed or suspended due to the pandemic and others are likely to follow. This is causing the sport major financial problems, with some estimates putting the potential loss of revenue at $85 million (€78 million), with a knock-on effect on F1's 10 teams.
Rosberg, who won the drivers' title with Mercedes in 2016 before retiring to become a tech entrepreneur, said it was important to help the smaller teams avoid going out of business.
"The biggest issue at the moment is the financial situation for some of the smaller teams because the F1 circus needs all teams to participate," he said. "If two or three smaller teams drop out, then it's not really a great sport anymore because there's just not enough teams competing and not enough teams on the grid."
On Monday, Williams became the third team to announce it was putting its staff on enforced leave, while drivers George Russell and Nicholas Latifi, as well as team executives, agreed to cut their salaries by 20 percent.
Williams said the decision was "not taken lightly" and that the aim was to ensure staff "can return to full-time work when the situation allows." McLaren and Racing Point have also furloughed staff and reduced pay for their drivers.
In addition, F1 bosses are considering lowering the budget cap for next season to limit the burden on struggling teams. Rule changes planned for 2021 have already been delayed, and teams will be allowed to use the same cars.
"A lot of revenues will be lost, but at the same time, F1 has already implemented measures now to save a lot of money," Rosberg said. "Development has been halted and postponed. So that's going to save a lot of money. And they're in discussions for many other things. They're doing the right things."