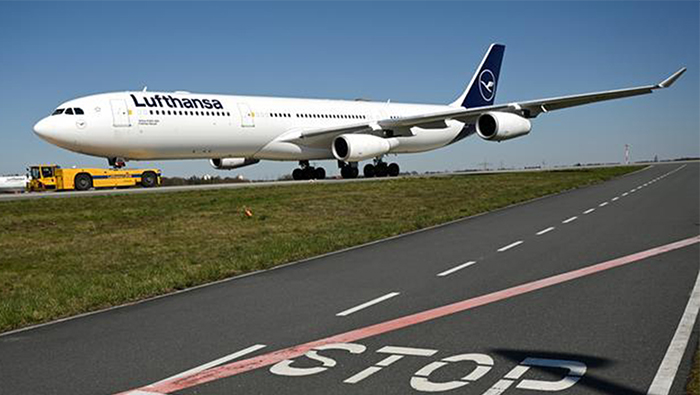 More than 100,000 workers may be furloughed after British Airways and Lufthansa announced plans to survive the global travel shutdown.
British Airways said it was in talks with its union to suspend around 32,000 staff, Reuters reported.
It has already cut its pilots' pay in half and is now agreeing on suspending about 80 per cent of its cabin and ground crew, engineers and office staff.
Meanwhile, German flag carrier Lufthansa said it has placed 87,000 workers worldwide on shorter hours.
The move, supported by the German government, affects 60 per cent of its workforce, reportedly including cabin crew, ground crew and pilots. Some 62,000 of the employees affected are in Germany.
Around 700 of Lufthansa's 763 aircraft have been grounded, and it is operating at just 5 per cent of its normal seat capacity.
Chief executive Carsten Spohr last month warned that "the longer this crisis lasts, the more likely it is that the future of aviation cannot be guaranteed without state aid."
Global disruption
The moves illustrate the financial impacts the global aviation industry is facing due to lockdown measures imposed by governments in response to the coronavirus pandemic.
Australia's Qantas Airways last week 20,000 workers or two-thirds of its workforce, while Britain's easyJet said it will temporarily lay off it's 4,000 UK-based cabin crew.
US airlines will receive $25 billion (€23 billion) government grants to cover payrolls over the next six months but are still encouraging reductions in work hours, unpaid leaves and early retirements.
South America's largest carrier, LATAM Airlines, said Thursday it would only operate 5 per cent of scheduled flights in April.