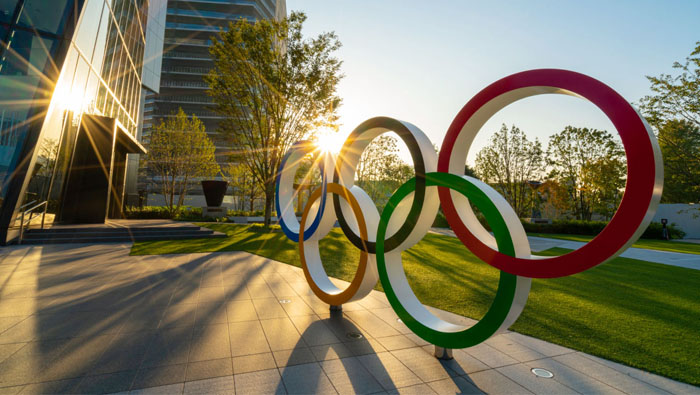 Tokyo: The postponed Tokyo Olympic Games does not violate the Olympic Charter and bring a great opportunity to heat up the excitement ahead of the Beijing 2022 Olympic Winter Games, the International Olympic Committee said on a teleconference with international media on Thursday.

When asked by Xinhua, Olympic Games Executive Director Christophe Dubi responded: "We're not going against the Charter. What we have done here is to make sure that's the number one mission of the IOC, which is to ensure the celebration of the games is fully respected. So in that sense, we are not going against or changing the charter. It is going in the direction of what is the core mission of the IOC, and I think that everybody would agree with this decision that has been made."

On Tuesday, Beijing 2022 organizers said the new dates set for Tokyo Games meant they are "faced with a special situation" and they will have a detailed assessment of its impact on the Beijing Games.

Speaking of the unusual proximity of Tokyo 2020 and Beijing 2022, Dubi believes it is a "formidable opportunity" to keep the excitement going.

"We will be in a context where Tokyo will generate an immense follow-up. The reach of the Tokyo Games will be absolutely stunning, and right after the excitement that has been generated, we have the Winter Games in Beijing a few months later. So we truly believe that it is a great build up towards the Beijing Games," Dubi said.

"We are discussing with the organizing committee and also internally with our partner as well on how to maximize this opportunity to have two editions of the games that are not too distant... We are looking really at the bright side of things when it comes to this opportunity to have a back-to-back games of the Olympiad and Olympic Winter Games," he added.

Dubi went on to answer additional cost concerns brought by the delayed Games.

Despite the heavy load, Dubi gave applause to local organizers, saying that "Tokyo 2020 was in a great financial position prior to the crisis," and "one thing we can say is that fantastic campaign that they had on the marketing, ticketing, hospitality is truly helpful, because the revenue is high and that's something we can rely on."

When asked about if the Tokyo Games will be cancelled should the COVID-19 pandemic continue to cause public health concerns, Dubi explained that the IOC and Tokyo organizers are keeping a constant review of how the situation evolves with the help of representatives from the WHO and governments of Japan and Tokyo.

On the teleconference, IOC sports director Kit McConnell introduced the organization is still in discussion with FIFA and other international federations to decide how to deal with players that meet the under-23 regulations in 2020, but not in a postponed Games in 2021.

"We hope to finalize these in the next couple of weeks. There is not a decision yet, but you can imagine there is a logic routine in that the teams that achieved the qualification place to be the ones taking part next year," McConnell commented.