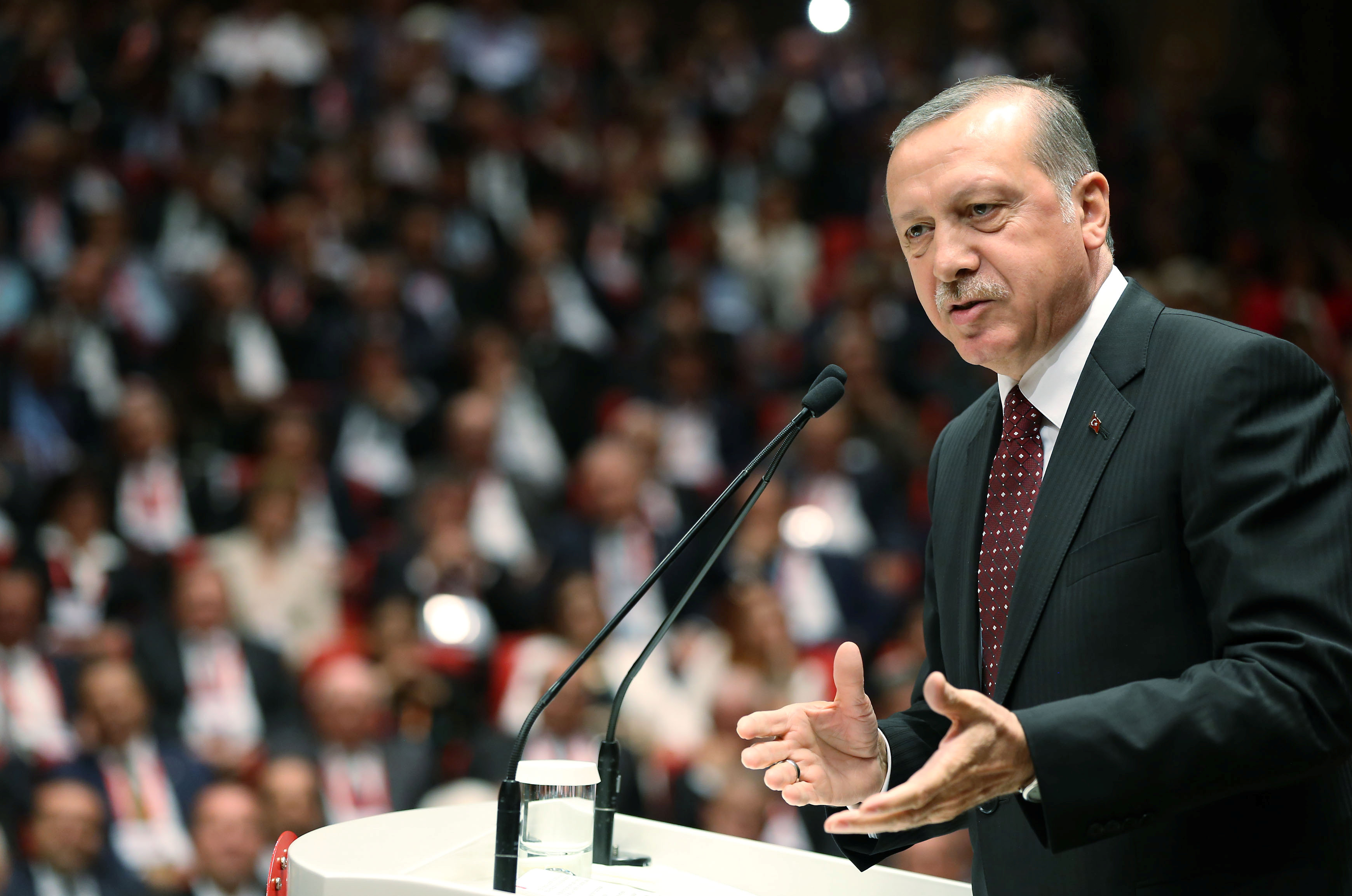 Ankara: Turkish President Tayyip Erdogan accused European nations on Tuesday of being safe havens for the political wings of terrorist groups and said it was a "black comedy" for Europe to be lecturing Turkey on changing its anti-terrorism laws.
The EU last week asked member states to grant visa-free travel to Turks in return for Ankara stopping migrants reaching Europe, but said Turkey still had to change some legislation, including bringing its terrorism laws in line with EU standards.
In a speech in Ankara, Erdogan said the EU should change its own laws on terrorism first and said he hoped Europe would live up to its promise on visa-free travel by October at the latest.
"European countries continue to be safe havens for the political extensions of terrorist groups. When this is the case, it's a piece of black comedy that the EU criticises our country over the definition of terrorism," he said.
"First of all, we expect EU countries to fix their own laws that support terrorism."
Erdogan's criticism of the EU will be a blow to any hope in European capitals that it might be business with usual as Turkey after Prime Minister Ahmet Davutoglu, who negotiated the migration deal with Europe and had largely delivered on Turkey's commitments so far, announced last week he was standing down.
To win visa-free travel, Turkey must still meet five of 72 criteria the EU imposes on all states exempt from visas, one of which is narrowing its legal definition of terrorism.
Visa-free travel is for many Turks the biggest benefit of Ankara's migration deal with the EU. Europe, meanwhile, is counting on Turkey to maintain an agreement that has helped stem the flow of refugees and migrants via Turkish shores, which saw more than a million people reach Greece and Italy last year.