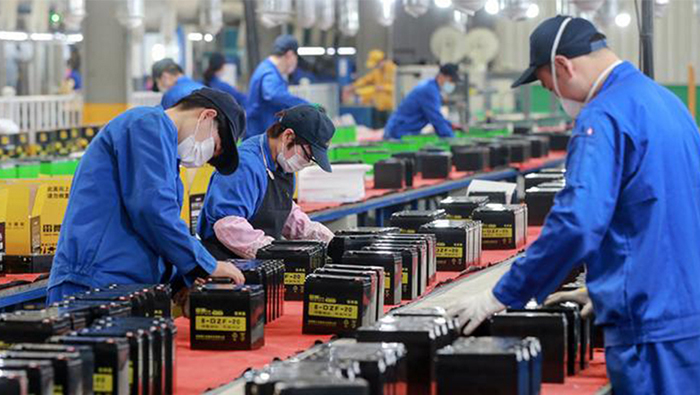 Beijing: A couple of months ago, economists would have criticised China for boosting its coal-burning activities. The Asian nation has a long record of mining and burning roughly half of the global supply of what's considered to be the dirtiest fossil fuel on this planet.
Environmentalists haven't missed a chance to chide the world's second-largest economy for being the nation with the biggest carbon emissions worldwide.
Right now, though, increased coal burning means something good at least for economists as it is a rather reliable indicator that China's economic activities are picking up again, following weeks of virtual lockdown due to the coronavirus outbreak.
Billowing smoke a beacon
Citing figures from the China Coal Transport & Distribution Association, Bloomberg reported that coal use by five major Chinese coastal power plants reached 488,800 tonnes last week — that's twice as much as the recorded low on February 10 at the height of the country's lockdown.
The increased use of coal comes as many factories have restarted and need more electricity. Consultancy IHS Markit noted that more than 90 per cent of markets, shops and malls and 70 per cent of small- and medium-sized enterprises in China had reopened by mid-March as the country was fighting its way back to economic normality.
Given Chinese efforts to reboot production after the virus-related shutdown, it wasn't that much of a surprise to see the latest Purchasing Managers' Index (PMI) for the country regain some lost ground.
But the index, which was published Tuesday, came in well above expectations, hitting 52.0 for March, with the figure being provided by China's National Bureau of Statistics (NBS). That's way above the 35.7 recorded a month earlier and also way above the 44.8 forecasts by economists.
What the experts say
What are economists making of the pronounced jump?
Rajiv Biswas, APAC chief economist at IHS Markit, told DW "the key factor supporting an improving outlook for China during Q2 2020 and the second half of the year is that the number of new COVID-19 cases has fallen to very small numbers each day, which has allowed factories to resume operating in closer-to-normal conditions while the lockdown on households has been significantly relaxed, allowing consumers to resume spending in stores and restaurants."
China's NBS itself is striking a cautious note in analysing its data. "[The result] does not represent that our country's economic operations have returned to normal levels," the office commented, adding that "there remains relatively large pressure on enterprises' production."
NBS officials warned that many Chinese firms coming out of the lockdown have been facing tight funding. But the far bigger worry is an even steeper slump in demand as COVID-19 sends shockwaves through virtually all of the Asian nation's trading partners.
IHS Markit's Rajiv Biswas echoed those concerns. "With the world economy forecast to be in recession in 2020 due to the pandemic, China’s export sector is expected to be hit hard, remaining a drag on the overall growth outlook for 2020.
AFP news agency quoted OCBC Bank researcher Tommy Xie as saying that "we shouldn't read too much into the current sharp rebound." He argued that February was a really bad month for China because of the coronavirus threat, concluding "that any recovery from February ... was kind of a done deal."
Analysts agree that the nation will face a global demand shock in April as more nations send their economies into lockdown.