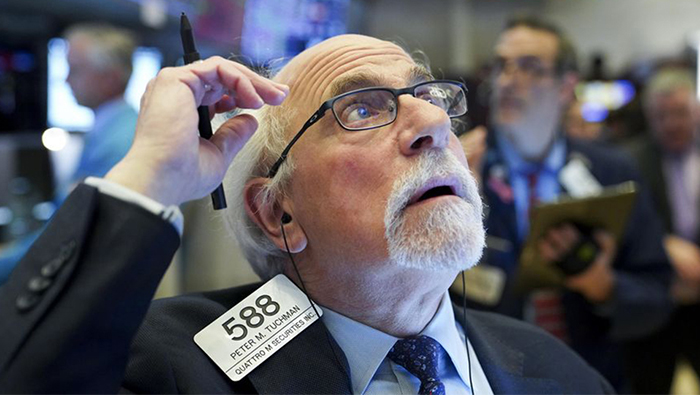 New York: Wall Street notched impressive gains in the week featuring a highly anticipated US relief package as well as unprecedented aggressive efforts by the US Federal Reserve to bolster the economy amid the COVID-19 crisis.
For the week ending March 27, the Dow advanced 12.8 per cent, its strongest one-week gain since 1938. The S&P 500 rose 10.3 per cent for its best weekly performance since March 2009. The Nasdaq climbed 9.1 per cent, also its biggest weekly jump in 11 years.
US President Donald Trump on Friday signed a 2-trillion-dollar stimulus bill, the largest stimulus package in U.S. history, in an attempt to rescue the economy devastated by COVID-19.
The Senate approved the bill on Wednesday night, following rounds of strenuous negotiations between Democrats and Republicans. Then the House of Representatives passed it on Friday by voice vote.
The bill, aimed at cushioning the economy from COVID-19 ravages, will provide small businesses emergency loans, business tax breaks, expanded unemployment benefits, 1,000-dollar-plus direct payments for working Americans, government aid for industries such as airlines and hotels, as well as more support for hospitals and state and local governments.
This massive emergency relief package attracted investors' attention this week. Wall Street scored a historic rally on Tuesday in anticipation of the fiscal stimulus, with the 30-stock index up more than 2,100 points, or over 11 per cent, marking its biggest one-day percentage gain since 1933.
The rapid spread of the coronavirus in the United States wreaked havoc on its economy.
The Federal Reserve announced on Monday that it will purchase US treasuries and agency mortgage-backed securities with no limit to help markets function more efficiently amid coronavirus uncertainty.
A shocking number of Americans applied for jobless benefits last week due to the coronavirus outbreak.
US initial jobless claims, a rough way to measure layoffs, were registered at 3,283,000 in the week ending March 21, an increase of 3,001,000 from the previous week's revised level, the Department of Labor reported Thursday. The reading easily crushed the previous record rise of 695,000 in October 1982.
US private sector firms indicated a marked contraction in overall business activity in March following the escalation of the COVID-19 outbreak.
Flash US Services Purchasing Managers' Index (PMI) registered 39.1 in March, down from 49.4 in February, London-based global information provider IHS Markit reported on Tuesday.
IHS Markit Flash US Manufacturing PMI fell from 50.7 in February to 49.2 at the end of the first quarter.
The United States became the country with the most COVID-19 cases worldwide on Thursday afternoon US Eastern Time, according to Johns Hopkins University.
The number of confirmed COVID-19 cases in the country topped 105,000 Saturday noon, data from the university's Center for Systems Science and Engineering showed.