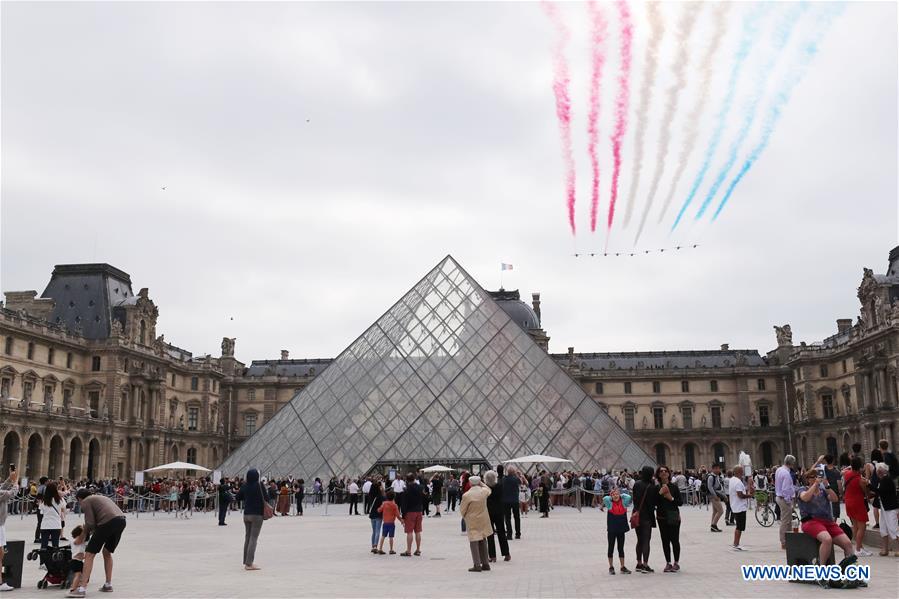 PARIS: French Prime Minister Edouard Phillipe on Friday warned of an "extremely high" wave of the coronavirus epidemic that will sweep Paris and its suburbs in coming days.

"The epidemic wave that is sweeping over east France now reaches Ile-de-France. It is extremely high," Philippe told reporters following a videoconference with all government members.

"We are settling in a crisis that will last, in a health situation that will not improve quickly...The situation will be difficult in the coming days," he said. "We will have to hold on."

On Thursday, the 11th day of lockdown, 365 people died of COVID-19 in the past 24 hours, raising the total fatalities to 1,696. A 16-year-old girl in Ile-de-France became the country's youngest-ever victim of the disease.

With 13,904 patients hospitalized, including 3,375 in intensive care, half of the country's 8,000 beds equipped with ventilators have already been occupied.

In Ile-de-France, the region which includes Paris and surrounding cities, 483 deaths have been registered. On Thursday, 1,102 new infection cases were reported, bringing the total to 8,762. Some 1,297 patients were in intensive care units.

Hospitals in the region would be saturated within 48 hours due to fast-spreading contagion, according to Frederic Valletoux, head of the French Hospital Federation.

"We will be at the limit of our capacities in 24 or 48 hours. We will need to show real solidarity between regions, hospitals and increase the numbers of patient transfers," he told BFM TV.

"If we leave hospitals to deal with the situation by themselves, leave every region hit by the epidemic to cope alone, we shall head towards a catastrophe," he said.