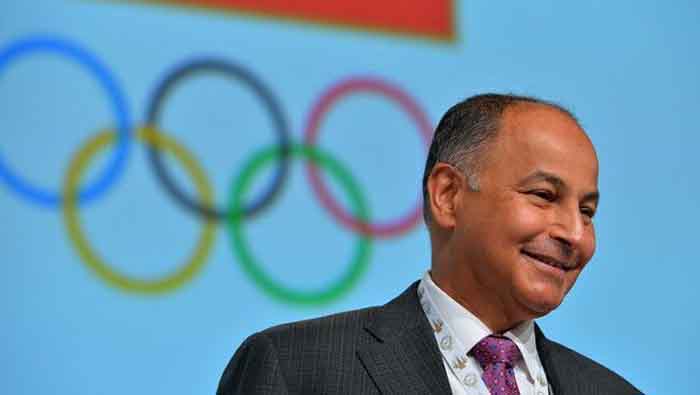 Muscat: The Olympic Council of Asia has expressed its total support for the decision of the International Olympic Committee (IOC) to postpone the Tokyo 2020 Olympic Games until next year, owing to the COVID-19 pandemic.

The IOC, along with Japanese authorities, had tried to delay this decision as long as possible in the hope that the situation might improve in the coming weeks and months but this had not been the case.

“The OCA appreciates that this must have been an extremely difficult decision to make, but the rapidly deteriorating situation around the world due to COVID-19 has made this postponement a necessity,” said Husain Al Musallam, the Director General of the OCA. “The health and wellbeing of athletes and all Olympic stakeholders must be the top priority.

“At this time, we would like to extend our deepest sympathies to the Organising Committee of Tokyo 2020 for all the work, planning and preparation they have put in over a number of years – only for this completely unforeseen pandemic to intervene and change the course of Olympic history,” he added. “We know Japan will recover from this setback and put on an even greater show to mark the coming together of humanity after finally defeating this virus.

“We would also like to send our gratitude and appreciation to the athletes of Asia for all their efforts in qualifying – or attempting to qualify – for the Olympic Games. Although you must be disappointed at this time, the dream is not over,” Al Musallam went on to say. “The Olympic Games will come back stronger and with even more passion – and so will you.”

The OCA will continue to create the best possible environment for athletes to train and participate in the Olympic Games. Countries’ National Olympic Committees have worked tremendously hard behind the scenes in preparing the best conditions possible for their athletes. The OCA also commended the efforts of international and Asian sport federations, for amending qualification schedules to be fair to all Asian athletes.

“You have followed every guideline and met every deadline in guaranteeing a smooth build-up not only for your athletes and officials but also for the Organising Committee in Tokyo,” said Al Musallam. The athletes and organisers will need you again and rely on you to bring together all aspects of management and operations in the future.”