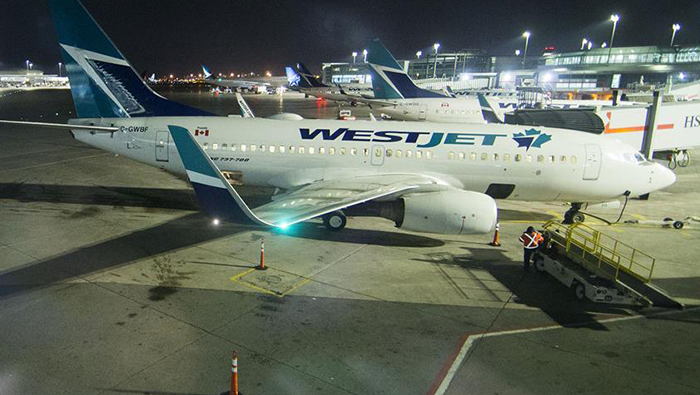 Ottawa: Canada's second-largest airline WestJet on Tuesday announced to lay off 6,900 employees due to the impact of the COVID-19 pandemic.
"Today, 6,900 WestJetters are receiving notices confirming early retirements, early outs and both voluntary and involuntary leaves," said Ed Sims, WestJet's president and CEO, in a statement.
Nearly two-thirds of the airline's fleet of 120 aircraft are currently grounded.
The executive team of the Calgary-based airline has taken a 50 per cent pay cut, while the vice-presidents and directors have had their pay cut by 25 per cent.
Air Canada announced last week to lay off more than 5,100 flight attendants, as the country's largest airline cut routes and parked planes after many countries in the world had closed their airports to contain the COVID-19 spread.
As of Tuesday afternoon, the number of COVID-19 cases topped 2,500 in Canada, with a death toll of 26, according to the Center for Systems Science and Engineering at Johns Hopkins University.