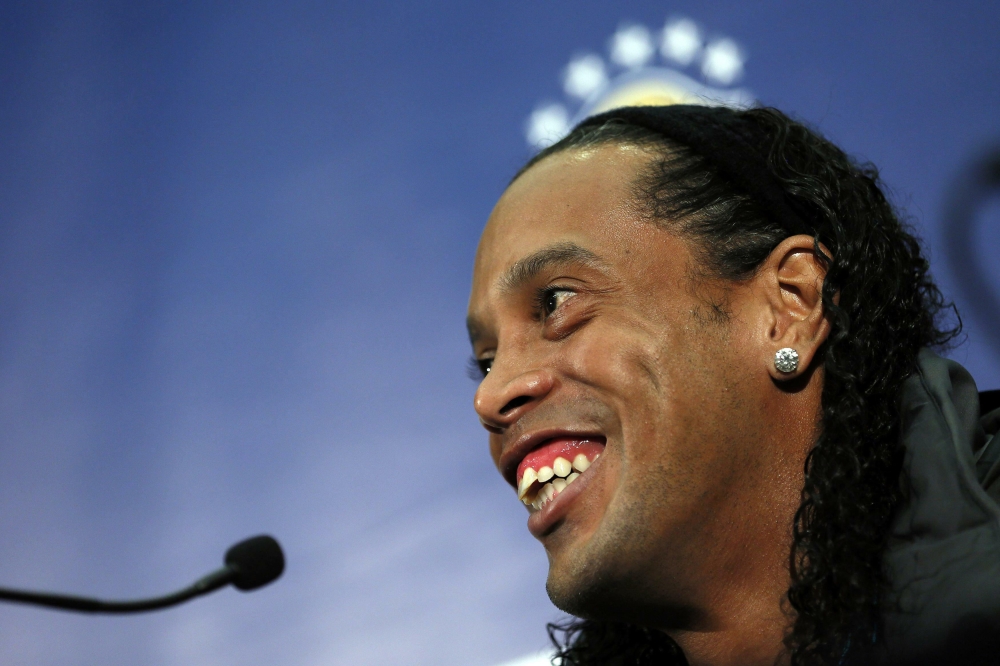 RIO DE JANEIRO: Former teammates of Brazilian football great Ronaldinho took to social media on Saturday to wish him a happy 40th birthday.
The retired attacker celebrated the day with inmates at a Paraguayan prison, where he and his brother, Roberto Assis, have been held since March 6 for using fake passports.
Those to pay tribute included Ronaldinho’s 2002 World Cup-winning teammates Ronaldo, Rivaldo and Roberto Carlos.
“Congratulations, mate. May you overcome this difficult moment in your life with the happiness of always,” Ronaldo said on Instagram.
“Congratulations my friend. It was very easy to play with you,” said Rivaldo. “I will never forget those moments. May you have strength to get through this difficult time.”
Former Real Madrid full-back Roberto Carlos said: “Congratulations to my friend on your 40 years.”
Ronaldinho’s ex-Barcelona teammate Samuel Eto posted a video on social media in which he offered support to the 2004 and 2005 FIFA World Player of the Year.
“I can’t imagine what you’re going through. Happy birthday my brother,” the Cameroonian said.
Ronaldinho and Assis who traveled to Paraguay on March 4 to participate in a children’s charity event and promote a new book. The pair were arrested later that day when authorities realized they had entered the country with fake passports.
They have denied any wrongdoing and said they were presented with the doctored travel documents as a “gift” upon arriving at Asuncion’s international airport.
A judge last week refused the brothers’ request for house arrest and ordered them to remain in jail pending the police investigation, citing a flight risk.
Ronaldinho retired from football in 2018 after a career that included spells at Gremio, Paris Saint-Germain, Barcelona, Milan and Atletico Mineiro, among other clubs.