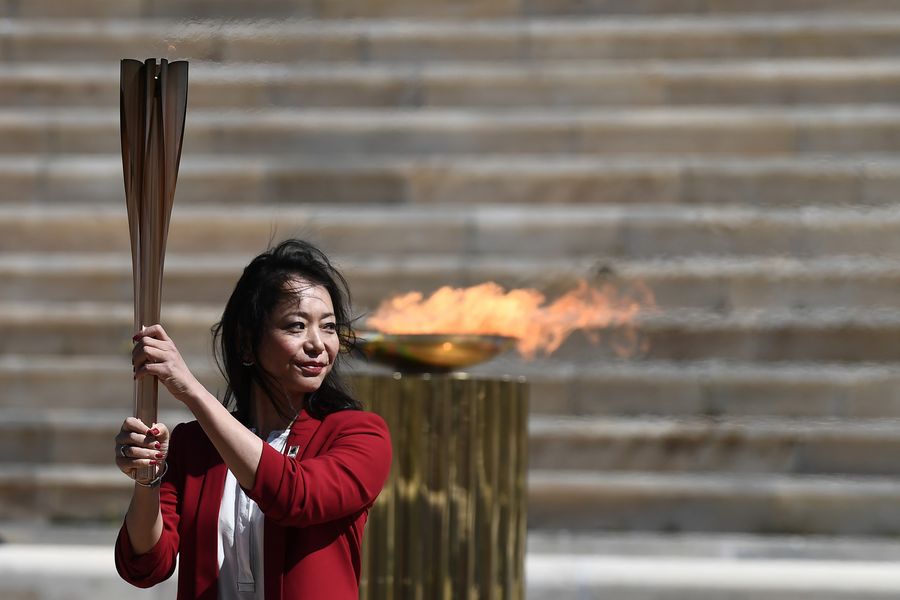 TOKYO: The Olympic flame arrived in Japan on Friday amid coronavirus fears with only four months until the scheduled opening time of the Tokyo Games.
The Tokyo 2020 Go, a chartered aircraft carrying the flame, landed at the Japanese Air Self-Defence Force base in Matsushima.
Three-time Olympic gold medalists Tadahiro Nomura and Saori Yoshida took the flame at the gate of the aircraft and handed it to a waiting Tokyo 2020, President Yoshiro Mori.
All three people were in a cancelled delegation for the flame handover ceremony in Athens after Mori reportedly had met Japan Football Association Kozo Tashima,, who tested positive for the coronavirus on Tuesday.
Mori, a former Japanese Prime Minister, told a small crowd, “I would like to express my sincere gratitude for the safe opening of this ceremony ... We originally planned to have children here to welcome the flame. But we’ve decided to do without them for safety reasons.”
He admitted it was a “heartbreaking decision”, but promised to stage a “safe and secure” Olympic Games.
The arrival ceremony was closed to spectators and attended by a small contingent of Tokyo 2020 officials.
The flame, dubbed the “Flame of Recovery” by the organizers, will be displayed in three northern prefectures hit by the 2011 earthquake and tsunami before the start of the torch relay on March 26 from J-Village at Fukushima.