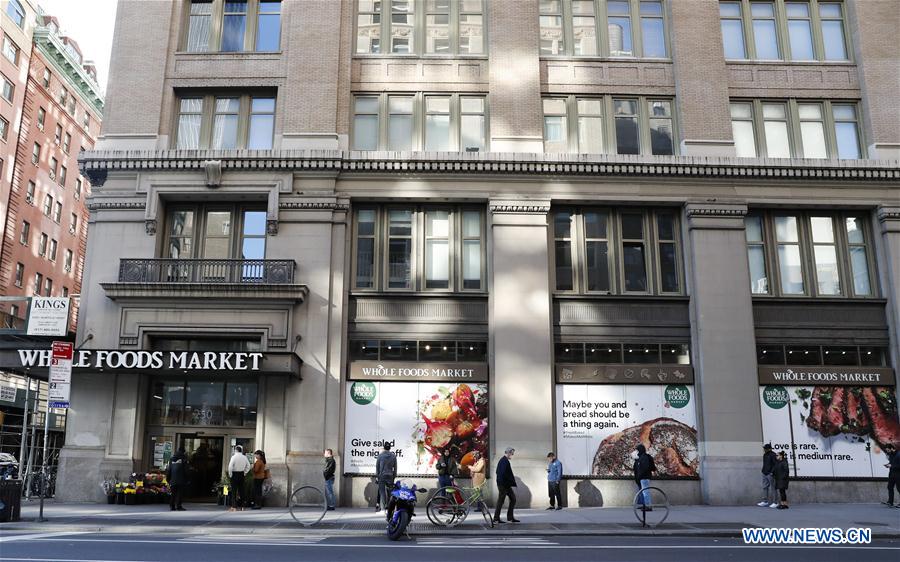 New York: Governor of the U.S. state of New York Andrew Cuomo said on Saturday that a total of 10,356 people in the state had tested positive for novel coronavirus, jumping 3,254 compared with the previous day.

The Empire State has thus become the first state in the country that reported over 10,000 COVID-19 cases, according to the Center for Systems Science and Engineering (CSSE) at Johns Hopkins University.

The governor said the increase of confirmed cases demonstrated the scale of testing in the state.

"We are taking more tests in New York than any place else," said Cuomo. "The more tests you take, the more positives you will find."

He said that New York City, the most populous city in the country, has become the hotspot of COVID-19, with over 6,200 cases, increasing 1,803 cases overnight.

The governor also noted that 55 percent of people who have tested positive in New York state are between the ages of 18 and 49.

"Young people aren't invincible. You can get this and you can give it to someone older you love," he said on Twitter.

On Friday, Cuomo announced that a mandate, which requires people working in non-essential businesses to stay at home, will take effect Sunday night.

The governor asked the public to "remain indoors to the greatest extent" to protect their health. Non-essential gatherings of individuals of any size and for any reason should be canceled and the use of public transit should be limited.

Any businesses violating the order would be fined and forced to close, while the state has no plan to fine individuals who violate the regulations.

On Friday night, U.S. President Donald Trump declared New York state "a major disaster" area due to the rapid spread of COVID-19 pandemic, according to a statement issued by the White House.

The declaration would bring in federal funding to the state for fighting the pandemic, including crisis counseling for affected individuals, direct federal assistance and other emergency protective measures, according to the statement.