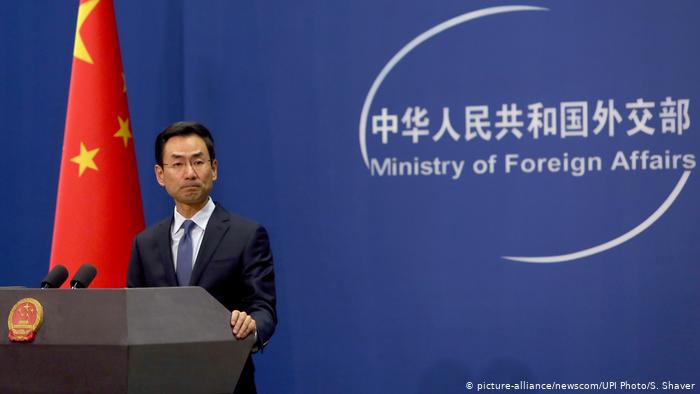 China expelled at least 13 US journalists on Wednesday.

Beijing said its decision to expel journalists from The New York Times, The Washington Post and The Wall Street Journal were retaliation for Washington's decision to cut back on the number of Chinese nationals allowed to work for China's state-run media in the US.

"They are legitimate and justified self-defense in every sense," China's Foreign Ministry said of the expulsions.

Beijing warned that if the US continues to impose new sanctions against Chinese media outlets or Chinese journalists, China will launch further retaliation. It also said that China always welcomes foreign media outlets and journalists to conduct journalistic work, but at the same time opposes any attempt to "produce fake news in the name of press freedom."

Over the past few weeks, China and the US has been clashing over the topic of press freedom. Beijing's move comes after Washington decided to put a cap on the number of Chinese journalists allowed to work for five state-controlled media outlets in the US.

Experts believe China's latest move is not only a response to Washington's decision to recategorize Chinese state-run media outlets, but also a consequence of the recent spat between the US and China over the coronavirus outbreak.

"It is clear that China is trying to control public rhetoric and tighten its control over press freedom domestically, while relying on propaganda and the expulsion of foreign journalists to silence critics as well as controlling the global conversation," said Chiaoning Su, a journalism professor at Oakland State University in the US.

Su is of the view that China and the US are competing for greater political influence in the name of press freedom. As the world frantically tries to contain the coronavirus outbreak, leaders of both countries also want to frame themselves as strong leaders. "We can expect these aggressive exchanges to happen more frequently in the near future," Su told DW.