Movies are the best way to de-stress 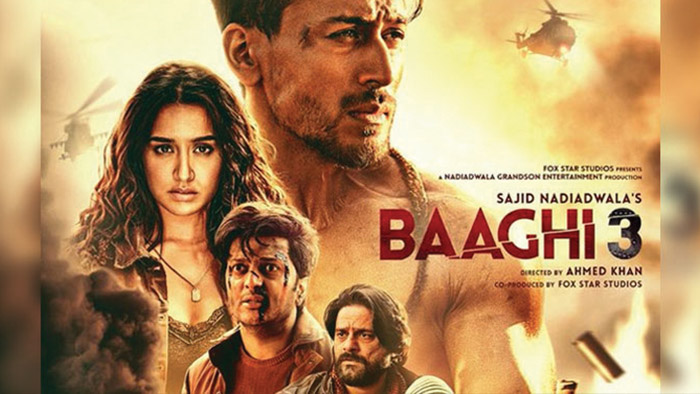 New Releases
English
The Way Back
In this sports drama, Ben Affleck plays Jack Cunningham, an ex-star basketball player who has now lost everything due to his alcohol addiction. His life takes a turn when he is summoned by his alma mater to train the school basketball team and take over the responsibility of being the new coach. The movie is inspiring in a way that it not just tells the story of Jack’s struggle with his addiction, but also how he motivates, trains, and brings the team together.
Cast: Ben Affleck, Janina Gavankar, Michaela Watk

**media[1112147]**
Hindi
Baaghi 3
After the success of the earlier two movies, Baaghi 3 promises more action, drama, and daredevil stunts. Ronnie is fiercely protective of his elder brother Vikram and has always been known to go to any extent to defend him. But on a work trip, Vikram gets kidnapped, leaving Ronnie furious. He tracks down the
group and gears up to take on the enemy single-handedly.
Cast: Tiger Shroff, Shraddha Kapoor, Riteish Deshmukh

**media[1112145]**
Malayalam
Kilometers and Kilometers
Joseomon is a young, simple but fun-loving man from a remote village in Kerala. He meets Cathy, an American traveler, and agrees to take her around on a bike. This movie is a comedy-drama that revolves around adventure, love, and the life of two people who are poles apart.
Cast: Tovino Thomas

Tulu
English
Every love story has its own set of hurdles. In this movie, it’s the language itself. When love-struck Abhi proposes to Divya, his lack of proficiency in English becomes his main drawback. Divya rejects him, and Abhi is left humiliated. The story is all about what Abhi does to win his love back.
Cast: Pruthvi Ambar, Navya Poojari, Aravind Bolar