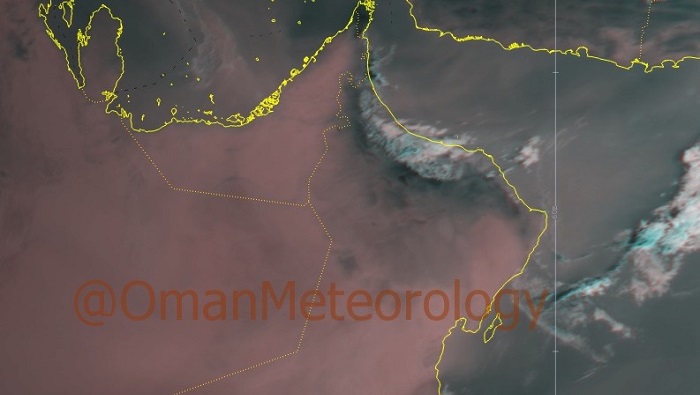 Muscat: There will be partially cloudy skies over coastal areas of the Sea of Oman with mainly clear skies over the rest of the Sultanate on Tuesday.

In its weather forecast, the Public Authority of Civil Aviation (PACA) said, “Partially cloudy skies along the coastal areas of Sea of Oman with chances of isolated rain and mainly clear skies over the rest of the Sultanate.”

“There will be spread of rain clouds on the coastline of the Sea of Oman with chances of isolated rains later in the day,” PACA added.

“Along the coastal areas of the Sea of Oman, winds will be northeasterly and light to moderate and occasionally fresh over most of the Sultanate," PACA said.

Heavy rains fell on Monday evening, which led to the flow of wadis and reefs. PACA said, “The amount of rain in recorded in millimeters over some of the meteorological stations during the past 24 hours are 12.4 mm in Al Khaboura, 9.4 mm in Saham and 7.6 mm in Suwaiq.”

The Oman News Agency (ONA), said: “The highest temperature expected on Tuesday is 31 degrees in Haima, Al Wusta governorate and the lowest is 2 degrees in Al Jabal Shams.”