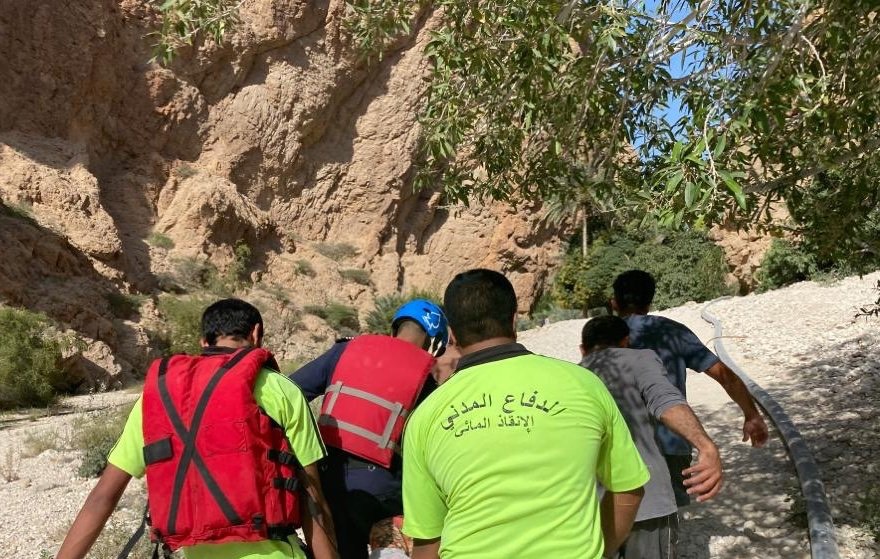 Muscat: The Public Authority of Civil Defence and Ambulance ( PACDA ), represented by the rescue team have rescued two Europeans in South Al Sharqiyah.

A statement issued online by PACDA, on Monday said: “ The Authority’s teams in the South Sharqiyah governorate, in cooperation with citizens, managed to rescue two people of European nationality after being injured while walking in Wadi Al Shabab in Tiwi.”

“Where emergency medical care was provided, they were transferred to the hospital quickly.” the statement added.