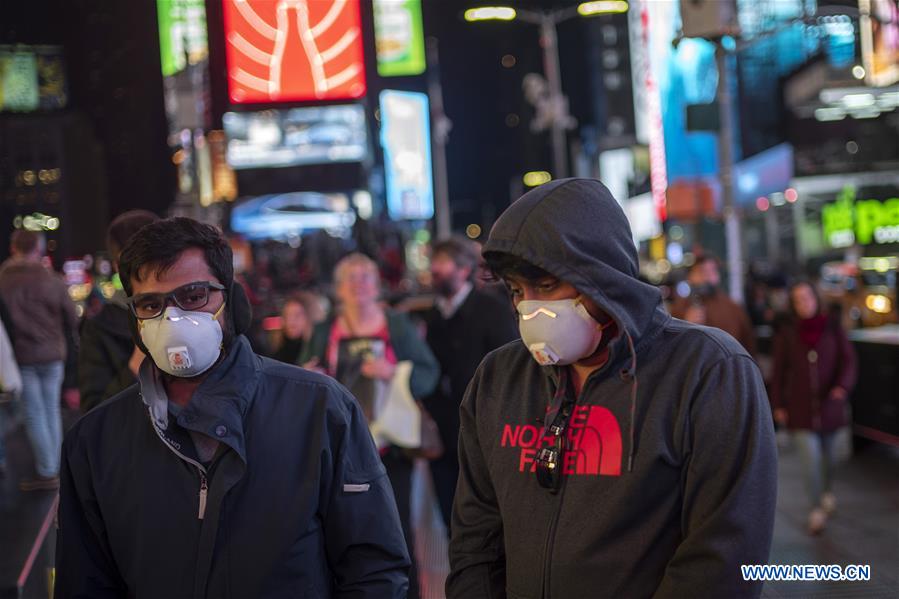 New York: Governor of the U.S. state of New York declared a state of emergency on Saturday as the number of confirmed coronavirus cases in the northeastern state rose to 76.

At a press conference, Governor Andrew Cuomo said that New York City, the most populous metropolis in the country, has seen 11 cases, and Westchester County now has 57, an increase of 23 overnight.

All cases in Westchester County are related to the state's second confirmed case, which involves an attorney who worked in Manhattan.

"Westchester is an obvious problem for us," the governor said. "They talk about the contagion in clusters and the clusters tend to infect more and more people."

However, Cuomo repeatedly urged the public to stay calm, noting that about 80 percent of the COVID-19 patients will self-resolve.

As to the 20 percent who have to be hospitalized, Cuomo said most of them are senior citizens and those with underlying health issues.

The state is "hyper cautious" about nursing homes and senior centers where the vulnerable people gather, he said.

"If you are a senior citizen or immune compromised, I would think seriously about attending a large gathering," he noted. "Now I've said that to my mother."

Meanwhile, the state is testing aggressively, especially among suspected populations. "The more tests, the better. The more positive you find, the better. Because then you can isolate them and you slow the spread," said Cuomo.

The state of emergency declaration will speed up the purchasing of supplies and the hiring of workers who could assist local health departments, especially in monitoring those who are self-quarantined, according to the governor.

Thousands in the state are currently under self-quarantine, including over 2,700 people in New York City. Many of them have just returned from a country or a region where there is a COVID-19 outbreak.

Cuomo urged those who are under voluntary quarantine to comply with specific rules, saying violating those rules is disrespectful to members of the community and may be putting people in danger.

The governor also warned businesses that price-gouging at a situation of emergency is not allowed.

"It is not worth it to the store owner. You can lose your license. And we are very serious about this," he added.