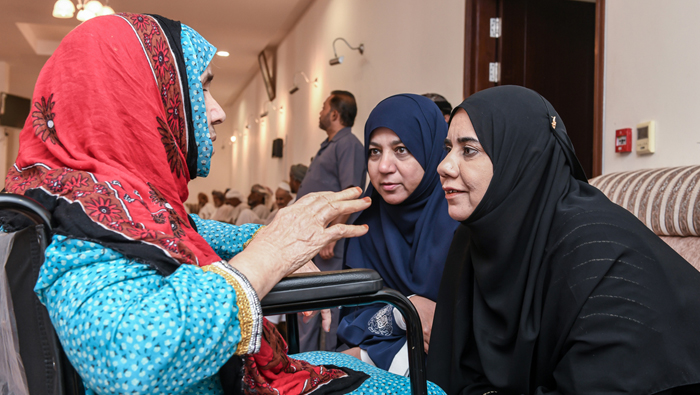 Muscat: Oman’s Ministry of Social Development will continue to ensure the development of women and the facilities made available to them in the future.
International Women’s Day falls on March 8, 2020, and the Sultanate is keen to take steps to encourage women to continue to contribute to society, while also ensuring all citizens in the country have access to equal rights.
The Oman News Agency, in this matter, said, “Several national laws have been amended to ensure that women obtain their rights in the Sultanate, including amending the system of land entitlement as a state grant to women in accordance with Royal Decree No.

125/2008 and the amendment of Article 12 of the Omani Passport Law by Royal Decree Royal No. 11/2010. “Court cases are now brought directly before the Supreme Court, and women have the right to directly appeal the ruling to His Majesty,” added ONA.
“In compliance with international covenants and treaties, the Sultanate has acceded to a number of international agreements that deals with human rights, including the Convention on the Elimination of All Forms of Discrimination against Women.
Royal Decree No. 42/2005 formed a committee to follow up on the implementation of the agreement, which was done through Ministerial Resolution 348/2005, and restructured by Ministerial Resolution 297/2012.” Those who hold membership in these committees include representatives of the relevant authorities from the ministries, and from the legislative and judicial branches, as well as those from civil society and the Omani Committee for Human Rights.
The Ministry of Social Development also signed a cooperation programme with the Higher Judicial Institute to train judges, prosecutors, and legal professionals on human rights agreements,” explained ONA.
“The Ministry supervises the follow-up of its implementation in the field of the rights of women, children and persons with disabilities/handicaps.” The Oman News Agency added, “Since the adoption of the 2030 Agenda for Sustainable Development, which took place in 2015, the Ministry has focused its plans and programmes on achieving the goals and objectives in this direction, particularly when it comes to those goals that are closely related to these plans.
The Ministry’s responsibilities include the first goal – eliminating poverty – and the fifth goal, which targets gender equality and empowerment of all women and girls, in addition to collaborating on helping achieve a number of objectives related to the jurisdiction of other parties, such as the second, fourth, tenth and sixteenth objectives.”
The Ministry has formed a follow-up task force to implement these goals and prepare reports that provide updates on achievements.