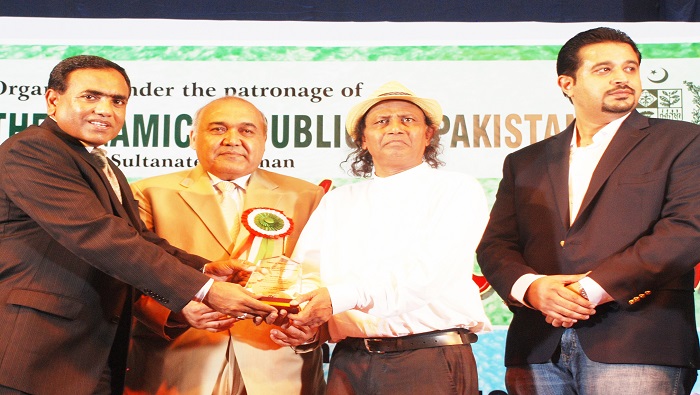 According to Radio Pakistan, he was admitted to a private hospital in Lahore and was battling with multiple medical conditions such as lungs, kidneys and breathing problems.

The show was held under the patronage of Embassy of Pakistan. The now Ambassador of Pakistan to Oman, HE K.K. Ahsan Wagan presented Khan with a memento after his fully booked show in Muscat in 2013.

They said Amanullah was an asset of stage and drama industry.

In addition to that, the comedian had a world record of 860-day night theater plays, and had won the pride of performance award in 2018.