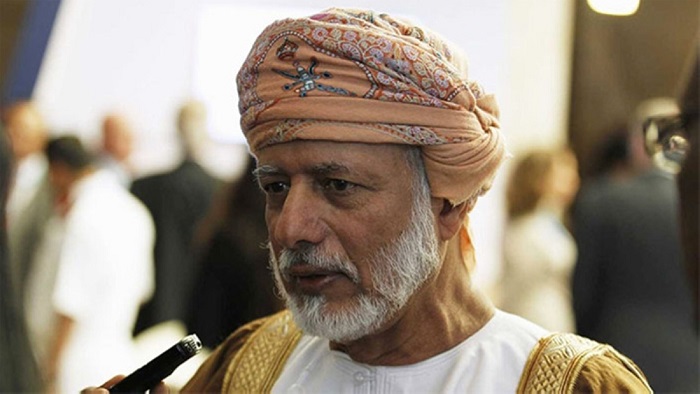 Muscat: His Excellency Yousef bin Alawi bin Abdullah, Minister Responsible for Foreign Affairs, spoke at length about joint Arab action, Palestine, Arab-Israeli conflict and the challenges facing the region and how to overcome them.

A statement issued online by the Ministry of Foreign Affairs states that the Minister spoke at the League of Arab States and said on the topic of joint Arab action, “The aspirations that we hoped to achieve have turned into a state of destruction and division. Instead of getting out of the distress of life we ​​have entered a stage of conflict of groups and the nervousness of new ignorance.”

He added: "This council should work to look at the image we have reached, restructure the joint Arab action to restore the capacity of the Arab nations, reimpose its moral prestige, restore confidence within its regional neighborhood and understand and coexist with world powers."

“We in the Sultanate of Oman believe in peace and coexistence between nations and peoples as a civilisational goal and we have worked towards that under all circumstances and conditions and we always seek to support all efforts aimed at achieving security, peace and stability for all.”

Regarding the Palestine issue, the Oman News Agency (ONA) quoted His Excellency as saying, "Resolving the Palestinian-Israeli conflict is of important strategic interest for the region and the world. Therefore, Israel has no way but to enter into serious negotiations with the Palestinians and the international community and international peace-loving parties must contribute to bear historical responsibility and action with just and fair realism to end this conflict."

Alawi asserted: "It was clear that the Palestinians and Arabs rejected what was known as the century deal because it does not meet the aspirations of the Palestinian people to achieve their legitimate rights. So in light of this, we affirm that without the establishment of an independent Palestinian state with East Al Quds as its capital, there will be no way to achieve stability in the region."