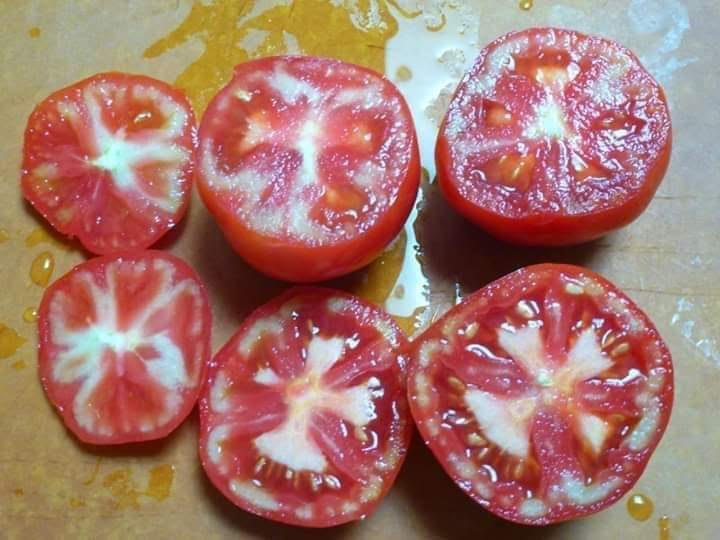 Muscat: The Ministry of Agriculture and Fisheries has issued a clarification on news circulated in social media about white fleshy parts in tomatoes.

It was circulated in social media that the white flesh is the result of adding hormones to the plant and that these tomatoes are dangerous for human consumption.

An official from the Ministry of Agriculture and Fisheries, told the Times of Oman: “This phenomenon of color disturbances or white flesh is due to temperature fluctuation. It is a physiological phenomenon that has nothing to do with pesticides or hormones.”

“As for consumers, these tomatoes are edible and there is no health problem resulting from them and it is also possible to eat them after excluding only the hard white areas.”

An official clarified that : "There are at least three reasons for this phenomenon to increase in tomatoes; Temperature fluctuation which leads to difficult climatic conditions, increase the phenomenon. Especially wide fluctuations in temperature during the day and night at the beginning of the season.”

“Also there are other reasons like excessive nitrogen fertilisation in particular and old tomatoes that tend to be more juicy especially older types consisting of 5 interior rooms, are more likely to develop this phenomenon,” the official added

The Ministry of Agriculture and Fisheries called on all to not promote rumors, take information from its official sources and communicate with the Ministry in case of any inquiries.