Our alliance with Oman is strategic, says US State Department 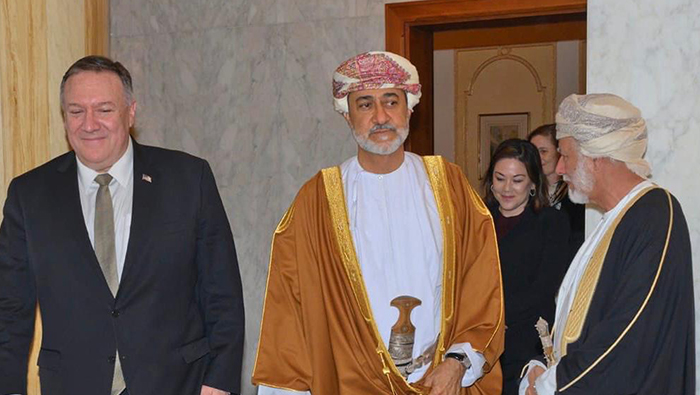 Sultan Haitham discussed the close ties between Oman and the United States with Pompeo, ONA said. “The department said in a statement on the occasion of the visit of US Secretary of State Mike Pompeo to the Sultanate, to meet His Majesty Sultan Haitham bin Tarik, highlighted the relations of the two countries in various fields.”

“The Sultanate also plays a unique diplomatic role in the region, as it bridges gaps and encourages dialogue and peaceful resolution of disputes. Including Yemen, as well as the peace process in the Middle East, stressing that the alliance between the Sultanate and the United States of America is a strategic alliance to serve security and stability in the Middle East region,” the statement added.