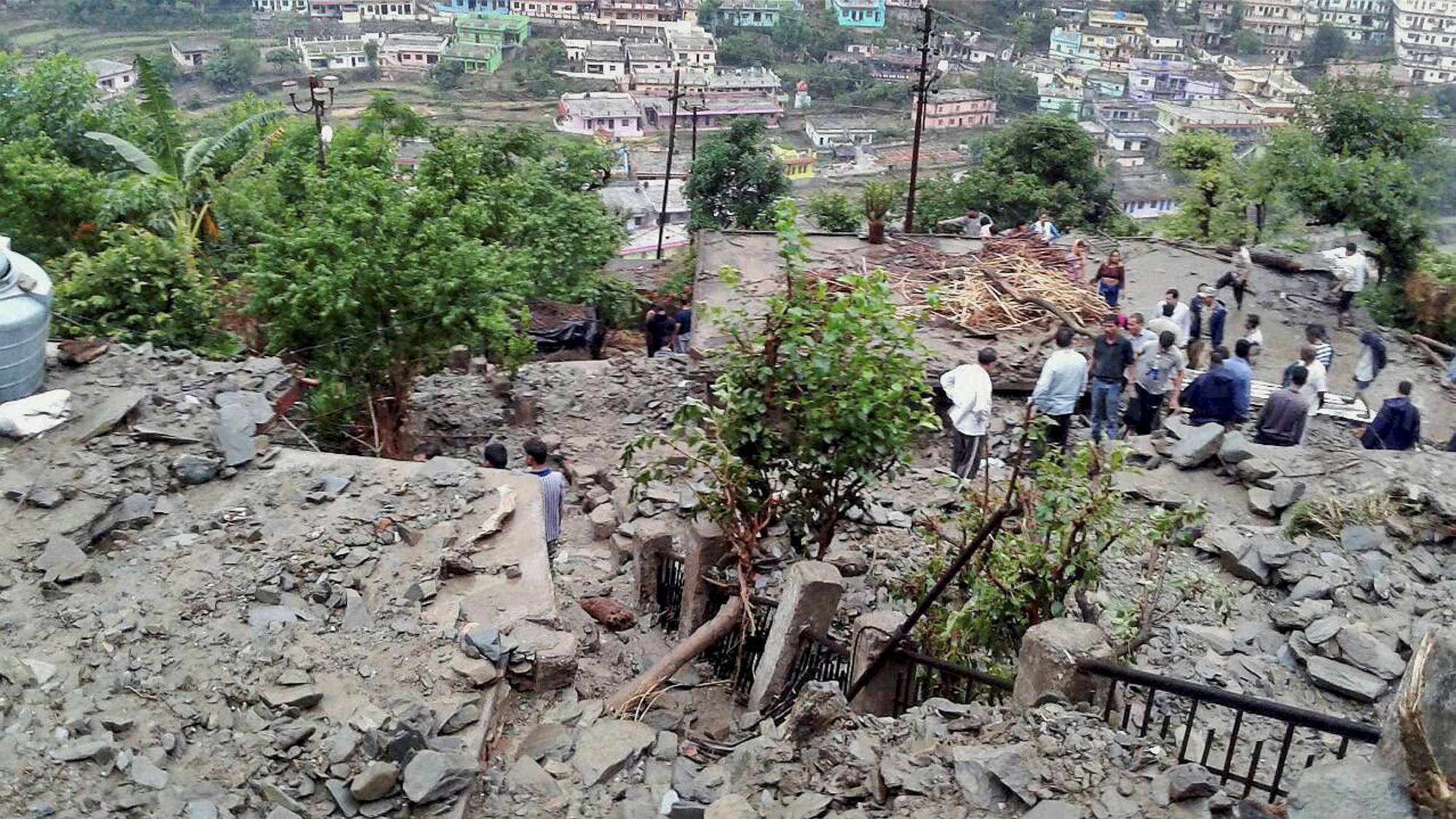 Gopeshwar: More than half-a-dozen vehicles parked on the road were buried under the debris following a massive landslide triggered by heavy rainfall on Sunday in Tharali Tehsil of Chamoli district of north Indian state of Uttarakhand but there were no reports of casualties, officials said.
The loosened rubble hurtling down a hillside pushed some vehicles into the Pindar river, said Vinod Kumar Suman, District Magistrate, Chamoli.
The mudslide at Boonga village also damaged a shop.
Tharali-Dewal road has been blocked due to debris and excavators have been pressed in to clear it, he said, adding no loss of life was reported in the incident.
According to the disaster management centre in the district, 10 to 15 houses were partially damaged in another landslide at a village in Karnaprayag.
Badarinath national highway has been blocked at Karnaprayag and Maithana due to the landslide while Pokhari-Karnaprayag road is also closed at many points and efforts are on to clear the way, Suman said.