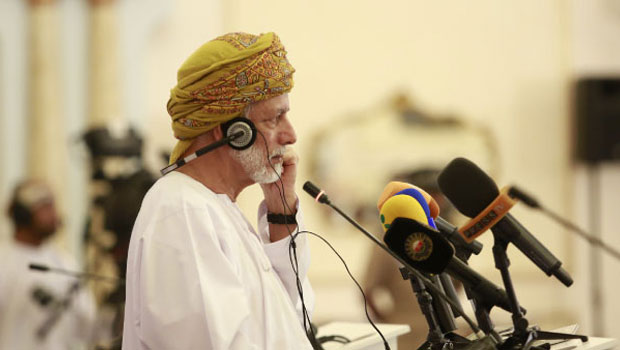 Muscat: Yousuf bin Alawi bin Abdullah, Minister Responsible for Foreign Affairs will open today the “Call of Peace” event.
The activity is being organised by Value Centre with the participation of 120 children residing in the Sultanate, representing nearly 80 states to draw their spontaneous aspirations of peace in the main lobby of Muscat Grand Mall.
The “Call of Peace” carries a message to the entire world drawn by children, speak to humanity in order to uphold the voice of peace and reject of conflicts and summarise their feelings, thoughts, aspirations and wishes for a better future free from troubles where they can live in peace and dream of a bright tomorrow.
The event will be held over two days, with the support of several parties in the Sultanate and the participation of the United Nations Organisation for Motherhood and Childhood (UNICEF), United Nations and the Organisation for Culture and Science (UNESCO). It is considered a message of peace and love from the Sultanate to the peoples of the world.
The event will include a number of activities including an art exhibition that contains 150 paintings for children participating in the event, as well as the launching of the event’s logo.