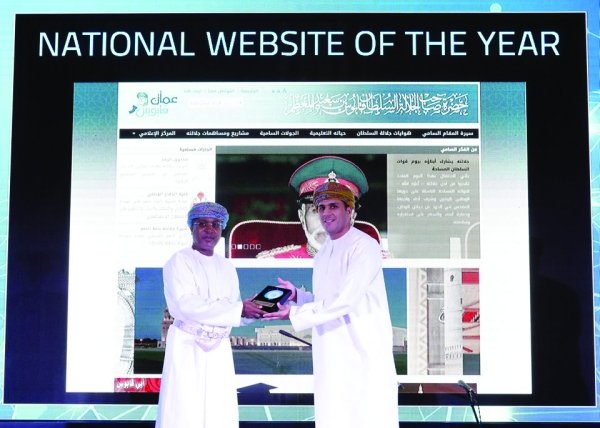 Muscat: Oman Tech Awards honoured the website of His Majesty Sultan Qaboos bin Said, proclaiming it to be the “National Website of the Year.”
The website speaks to an international audience in 26 languages.The 1st Oman Tech Awards 2015 Grand Finale ended with the award ceremony at Shangri-La Barr Al Jissah Resort and Spa, organised by Information Technology Authority (ITA) under patronage of Dr. Rasheed bin Al Safi Al Huraibi, Chairman of Tender Board.
**media[403056]**
Winners of OTA and SMA competition, in addition to notable personalities in the ICT field, government official and dignitaries from the world of economics, academics, diplomats, bankers, media were present.
Bader Mohammed Al Azri, Assistant General Supervisor, received the award for “National Website of the Year,” an appreciation of the great achievements and success of this national project.
The Oman Tech Award was established to identify and reward talent in Oman for contribution in the IT sector. The event was inspired by the grand vision of His Majesty Sultan Qaboos bin Said to transform Oman into a knowledge-based economy and is set to become a benchmark of success for the public and private sector.