Together, we can do good things, says new Oman football coach Ivankovic 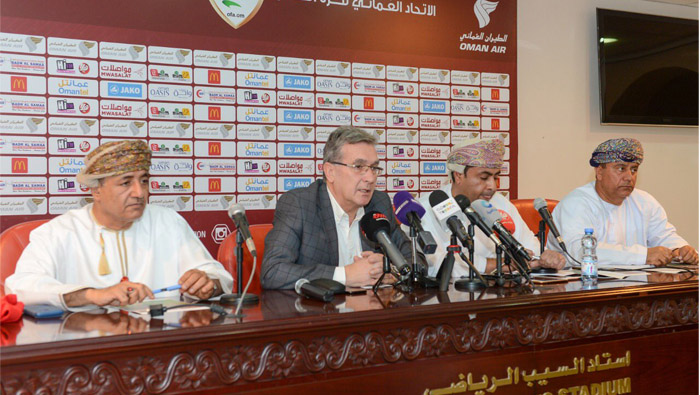 Muscat: New Oman national football team coach Branko Ivankovic has said that a proper understanding between the players and coaching staff could lead to success in the future.
Speaking after his confirmation as coach of the national team, the Croatian said, “Yes I expect to have a nice time here and enjoy with the people, because I have heard many good things about the Omani people.
Good memories
“Also, I have been here four or five times before, and I have very good memories about Oman. I hope to enjoy my time here, especially with the players and with the people. Together, we can do a lot of good things.”
Ivankovic was also asked about the possibility of taking Oman through to the upcoming FIFA World Cup, which is scheduled to take place in Qatar in 2022. Although many in the country would like to see the Sultanate take part in the first Arab World Cup, the man who took Iran to the 2006 edition of the tournament knows the national team faces a steep challenge to get there.
“I know this is an issue that will be very hard and very tough, because in Asia, now they have very good and strong teams, but the Omani team showed during the Asian Cup and during the Gulf Cup, that they can definitely compete with many other teams in Asia, especially when we are together. If we are a team, then anything is possible,” he explained.
The four-time Dinamo Zagreb coach’s first FIFA qualifier as Oman coach – which also serves as the qualification process for the 2023 Asian Cup – is likely to be the Reds’ match against Afghanistan on March 31. Oman are currently second in Group E of the second round of the FIFA World Cup/Asian Cup qualifiers, with 12 points from five games, just a point behind leaders Qatar.
Should Oman finish on top of their group, they will go through to the third round of World Cup qualification, and book passage directly into the Asian Cup, while finishing second could see them either directly qualify for the Asian Cup, or go through to the qualifiers, depending on how they finish, compared to the runners-up from the other groups.
Four runners-up from among the eight go through directly to the Asian Cup, while the other four will proceed to the qualifiers. Oman having 12 points means they are almost certain to finish among the top two, as they are eight points ahead of third-placed Afghanistan, with India and Bangladesh also in the group. However, Ivankovic is not taking anything for granted, and is waiting for his team to successfully qualify for the third round.
“We have to confirm it officially, then we can start our preparation for the medium-term, and make the Omani people happy,” he said, describing the process of qualifying for the third round of the AFC FIFA World Cup qualifiers.