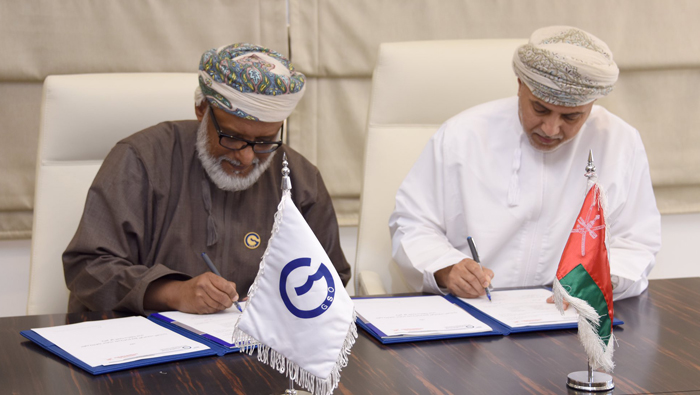 Riyadh: The Ministry of Commerce and Industry signed with the GCC Standardization Organization (GSO) operation contract for the Omani Standards Store.

The contract was signed during the visit of Ahmed bin Hassan Al-Dheeb, Undersecretary of the Ministry of Commerce and Industry and his accompanying delegation to the Kingdom of Saudi Arabia.

The contract was signed by Ahmed bin Hassan Al-Dheeb, Undersecretary of the Ministry of Commerce and Industry and Saud bin Nasser Al-Khusaibi, President of GSO.

During his visit, Dr. Ahmed bin Hassan Al-Theeb, met Dr. Abdulaziz bin Muhammad Al-Suwailem, CEO of the Saudi Authority for Intellectual Property. During the meeting, the most important developments regarding intellectual property and areas of cooperation between the two countries for the year 2020 were discussed.

The delegation also visited the Saudi Food and Drug Authority to get acquainted with the tasks of the authority, as well as discussing common areas between the two sides.