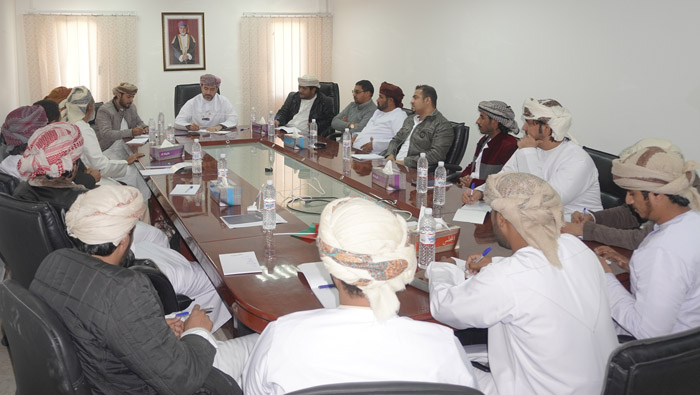 Al Mazyona: Al Mazunah Free Zone affiliated to the Public Establishment for Industrial Estates (Madayn) on Wednesday held a meeting with the CEOs and officials of companies and factories investing in Zone.
The meeting, chaired by Said bin Abdullah Al Balushi, Acting Director General of Al Mazunah Free Zone, discussed the challenges that investors may face at the current stage and work to engage companies residing in the region to support social responsibility initiatives, in addition to listening to proposals of companies and factories to improve the quality of services provided in the region.
The meeting discussed the executive position of the existing projects at Al Mazunah Free Zone and the projects that “Madayn” intends to implement in the region during the coming period.
The meeting reviewed the latest developments in the second package development project of the first stage and the project of providing electricity to the rental companies, implemented by the Rural Areas Electricity Company and the broadband project implemented by the Broadband Company, in addition to Al Mazunah Gate Hotel, which will be built by the Omani Yemeni Group.
This project represents an added value for investors in the region by providing a set of facilities and services for visitors to the Zone in particular and the wilayat in general.