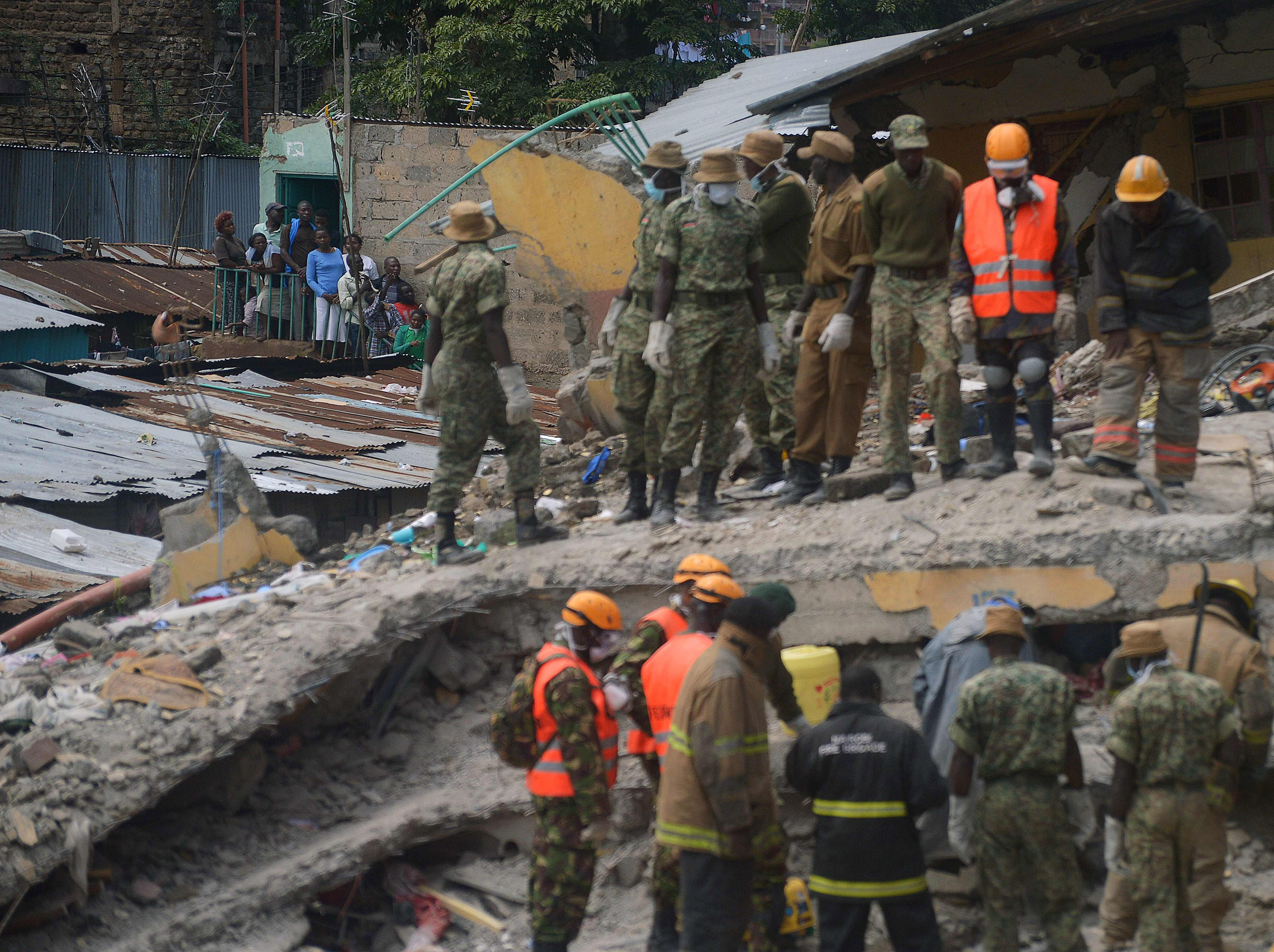 Nairobi: Kenyan authorities said on Sunday the number of people killed when a multi-storey residential building collapsed in the capital Nairobi more than a week ago had risen to 49 after more bodies were pulled out of the rubble.
The six-storey building in Huruma, a poor neighbourhood in the city, was constructed near a river and had been condemned by the authorities but it is unclear why it remained occupied.
It tumbled down in a heavy downpour on the night of April 29.
"Seven more bodies were retrieved at the collapsed building over the weekend, bringing the death toll to 49," Japheth Koome, Nairobi police commander, told Reuters.
He said the number of those rescued now stood at 140 and that a rescue operation continued at the site.
The disaster was the latest of its kind in a rapidly expanding city where enforcement of construction codes is lax and violations are rarely punished.
Several other buildings in Nairobi have collapsed in recent years although with fewer deaths.
The building's two owners and three local officials have been questioned by police but were released on bail on Wednesday without being charged.