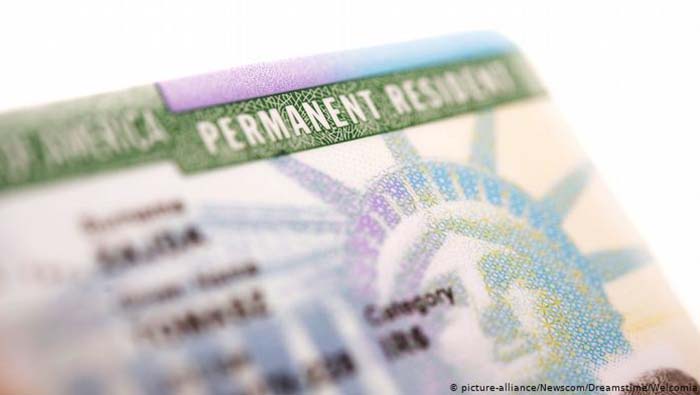 The US Supreme Court on Monday approved harsher immigration laws introduced last year by US President Donald Trump that make it harder for immigrants to receive permanent US residency if they are deemed likely to rely on public benefits.

Responding to a request by Trump's administration, the country's top court ruled in a 5-4 vote to lift a stay on the so-called public charge policy in place since last October.

The decision reverses a lower court decision that had placed a nationwide block on hardline immigration policies introduced by the US president last year.

At the time, New York-based US District Judge George Daniels, who presided over the injunction, had called the new requirements "repugnant to the American Dream" and a "policy of exclusion in search of justification."

The ruling allows immigration officials to deny permanent residency —or a so-called "green card"— to applicants who rely on non-cash social services, including programs that help pay for food, health insurance, or housing.

Under former rules, reliance on non-cash benefits had not been considered in the application.

The Trump administration has argued that the new requirements will ensure that immigrants are self-sufficient. Critics have said it will disproportionately put permanent residency out of reach for low-income applicants from developing countries.

The ruling significantly expands the criteria for denying legal residency. In order to receive a green card, applicants are now required to prove that they are not reliant on public benefits nor are they likely to become so.

Around 544,000 people apply for permanent residency in the US each year. According to government figures, the ruling could affect approximately 382,000 cases.