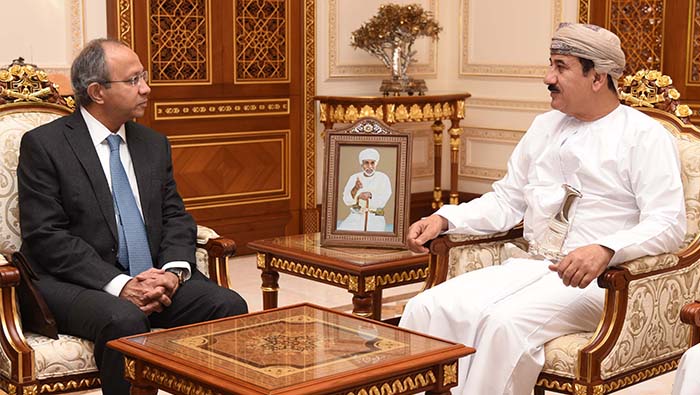 Gen. Al Nu’amani welcomed the guest and his accompanying delegation. For his turn, the Indian Official expressed his thanks and appreciations to Gen. Al Nu’amani, stressing his country’s keenness on enhancing all frameworks of the existing cooperation between the Sultanate and the friendly Republic of India.

The meeting exchanged cordial conversation and reviewed march of the good historic relations binding the two friendly countries, besides touching on a number of matters of common concern.

The meeting was attended by the Indian Ambassador to the Sultanate.