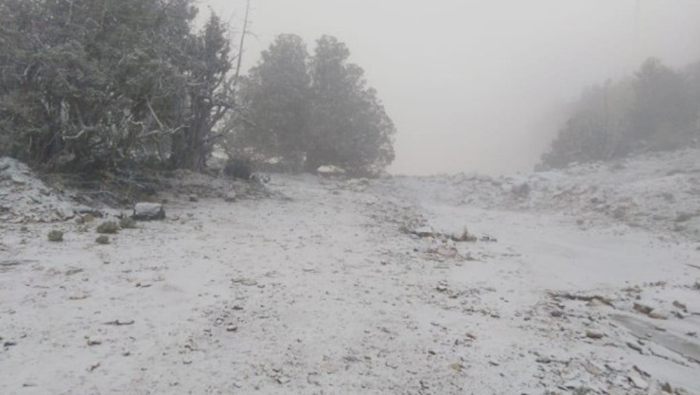 Muscat: Snowfall is expected over the mountain peaks in Oman, the Directorate General of Meteorology has said.

In addition, while there might be snow on the mountains, motorists are requested to exercise caution while driving on the roads across all governorates, owing to reduced visibility.

A statement released by the DG of Meteorology said: “The latest satellite images show the spread of dust and decreased horizontal visibility in most of the governorates of the Sultanate, due to the active northwest winds, moving at speeds of 15 to 30 knots, which may continue until Wednesday with the possibility of a decrease in temperature during the next two days and the possibility of frost formation on mountain peaks.”