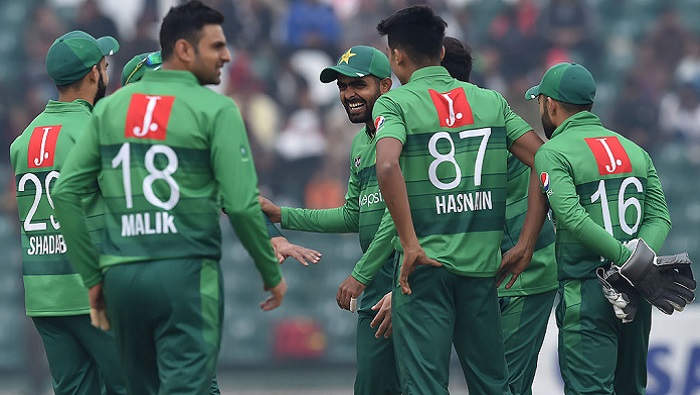 Lahore: Pakistan have already taken an unassailable lead of 2-0 in the three-match series against Bangladesh, but will want to complete the sweep with a win in the third T20I in Lahore on Monday, 27 January.

Pakistan, who fielded the same XI in the first two matches, might want to test their bench strength in the final game. Teenager Muhammad Musa might get a look in, while one of Amad Butt and Usman Qadir might be handed an international debut.

Bangladesh, on the other hand, might be tempted to bring in the experience of Rubel Hussain, after conceding a nine-wicket victory to Pakistan on Saturday. Middle-order batter Najmul Hossain Shanto, who impressed in the Bangladesh Premier League, might also be considered for the final T20I.

A masterful 66* from Babar Azam, the No.1 batsman in the MRF Tyres ICC T20I Rankings, helped Pakistan chase down the 137-run target with nine wickets and 3.2 overs to spare. Mohammad Hafeez was excellent as well, registering a 49-ball 67* after walking in to bat in the second over. The duo navigated Bangladesh's bowling attack expertly, taking the hosts to a memorable series victory in Lahore.

While Bangladesh struggled to put on a big score, Tamim Iqbal impressed with a 53-ball 65 at the top of the order. He looked set to get a big score, but was run out in the 18th over. The visitors will hope for more contribution from experienced batters such as Liton Das, Soumya Sarkar and skipper Mahmudullah in the third game. None of them have crossed the 20-run mark in the series so far.

Babar Azam, Pakistan captain: "Youngsters have done well in this series and that is important as we want more options for the T20 World Cup. We would like to give chance to players sitting on the bench in the final game."

Mahmudullah, Bangladesh captain: "We are disappointed to lose the game and series. We didn't apply ourselves to get 150-160. Apart from Tamim, none of us batted well."

The Gaddafi Stadium in Lahore has had a slight grass cover on the pitch in both games, and batting hasn't been easy, particularly for the side batting first. The 200-run mark has never been breached at this venue in T20I cricket. Showers are expected in Lahore in the afternoon.