‘Pakistan will only partner with people in peace’ – Imran Khan 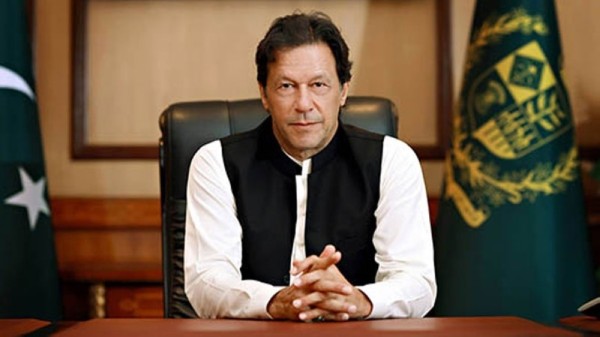 Muscat: Prime Minister of Pakistan, Imran Khan, has said that the country stands as a partner for peace and will not become part of any war.

He said that in his keynote address at Special Session of World Economic Forum in Davos, Switzerland on Wednesday.

“From now onwards, Pakistan will only partner with another country in peace,” Khan said.

“We also realized that you cannot make your economy grow unless there is peace and security. Form the 1980’s when Pakistan allied with the US to fight the soviets, we had militant groups trained in Pakistan to fight guerrilla battles.

“The first conflict, after the Soviets left Afghanistan, cost us heavily. It left us with brittle roots and a culture of Kalashnikovs and drugs that were used to pay for the war and sectarian groups that did a lot of damage to society.

"Then there was the 'war on terror' which left 70,000 people dead. Pakistan was considered one of the most dangerous places in the world," he said.

Khan said that they have tried to play their part in easing tensions between Saudi Arabia and Iran, are now facilitating talks in the peace process in Afghanistan. “This is the closest the region stands to a peace process,” he said.

He continued saying that when his government came into power, “we made a conscious decision to only partner with people in peace. We decided to not become part of any conflict.”

Khan said that with this decision, the result started bearing fruits and the first benefit was seen in the field of tourism that recovered in a year.

"In terms of tourism, Pakistan is perhaps one of the most undiscovered countries in the world. It has one of the oldest civilisations, the Indus Valley which is 5,000 years old, and has sacred places for four religions,” he said.

Highlighting topping the list of tourist destinations in 2020, the Prime Minister said that he believes Pakistan can collect a lot of revenue from tourism.

Continuing with his keynote speech, Khan said the second step taken during his tenure towards the development of Pakistan was in investment.

"In the 60s, Pakistan was one of the fastest growing countries in terms of industrialisation. Unfortunately, we lost our way in the 70s which hampered our industrial growth. Now the government is actively incentivising industries and investment, and has tried to remove all the hurdles in the way of investors," he said.

He added that foreign investment in Pakistan has jumped 200 per cent over the span of a year.

In addition to that, Khan said that now Pakistan is heading toward digitalisation and are inviting companies to invest in this endeavor. He mentioned that Tania Aidrus is leading this initiative.