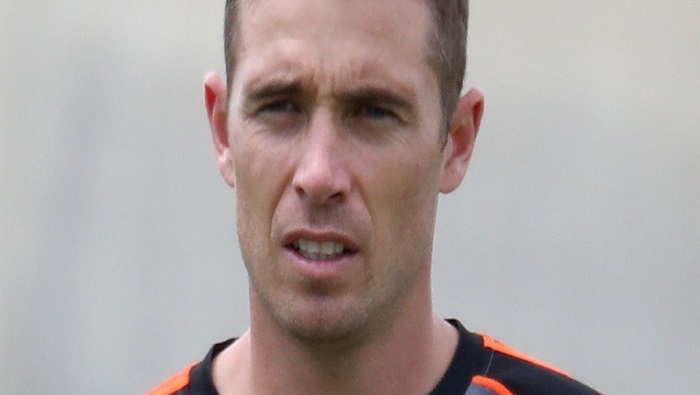 Auckland: After he was dropped from the New Zealand team for the new year's Test against Australia, fast bowler Tim Southee wants to look past the snub and shift his focus on the upcoming India series, which begins on 24 January.

New Zealand suffered a heavy defeat in the Test series in Australia, losing it 3-0. After playing in the first two matches, Southee was replaced by Matt Henry in the playing XI. He admitted he was disappointed at the time, but aims to continue contributing to the team's cause even when not a part of the XI.

"It's disappointing. You're gutted every time you're left out. It's an absolute dream to play for New Zealand and every time you do miss out it hurts, but you've got to respect the decisions and try to help out and give back to the team, even when you're not playing," he told the reporters ahead of the first T20I.

The 31-year-old had bowled nearly 100 overs across the two Tests in Perth and Melbourne and picked up 12 wickets. New Zealand coach Gary Stead had remarked that the reason behind dropping Southee for the third Test was actually his heavy workload.

"The workload that Tim has had, not just in the last two tests but if you put the last four together, it's somewhere around 200 overs in a short period of time, we felt that Matt would have given us a point of difference," Stead had said.

Now with the India series only a couple of days away, Southee wants to put the Test disappointment behind him and help his team bounce back.

"We had a big chunk of Test cricket and the guys that were in Australia are reasonably experienced guys ... they've had tough tours before and they've bounced back and the reason why they've played for a long period of time is they've been able to get through those ups and downs.

"It's about making that adjustment. What's gone is gone and it was very disappointing, the guys would have learnt from it, and now we've got to look forward to the Indian series."

Southee played 12 Twenty20 Internationals last year, captaining his side in nine of them in place of Kane Williamson, who was either out rested or injured. Now that the regular captain will take up his duties, Southee wants to help Williamson get back in the groove.

"I enjoy thinking about the game and it makes you think outside of what you're doing," he said of his experience as captain. "I also try to help Kane out as well – it's nice to have those senior guys [helping you] and Ross [Taylor] was good having captained the side in the past.

"It's a different challenge when you captain and it's something I enjoyed, but Kane's doing a great job, so I'll just try to help him out."

New Zealand will play five T20Is, three ODIs and two Tests against India at home. The long tour begins with the first T20I in Auckland on Friday, 24 January.