Be cautious if you’re visiting these beaches in Oman 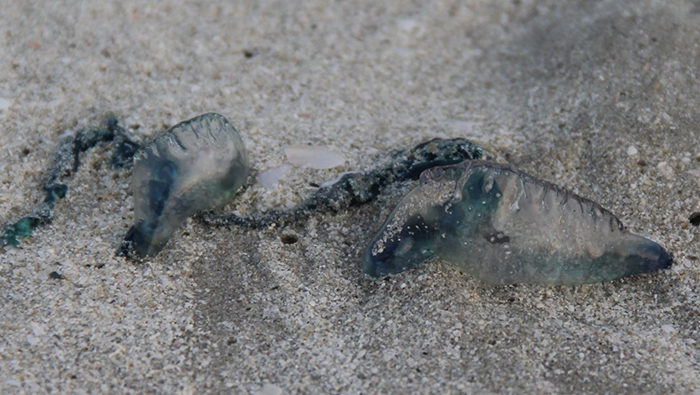 Muscat: The Ministry of Agriculture and Fisheries has said that the Sultanate’s coast in the Governorate of Dhofar is currently witnessing the prevalence of a poisonous organism known as the ‘Portuguese Man of War’ that surfaced along a stretch of the beach adjoining the wilayats of Salalah (Al Mughsayl) and Taqah.

The rare phenomenon, also known as the ‘Blue Bottle’, is a type of Physalia Utriculus that is widespread in the Indian Ocean and the Pacific.

The Research Centre at the Ministry of Agriculture and Fisheries in Dhofar registered the spread of this phenomenon for the first time in the Sultanate as a “rare occurrence”.

A sting of the jellyfish-like Putriculus may cause acute pain and minor to medium complications, including bruises, reddened skin and skin irritation. Complications might be more serious among children, the old-aged and in people with low immunity.

The Centre cautioned against swimming and seafaring in the above-mentioned areas or any other area reported to experience such a phenomenon.

Swimmers can be stung anytime by this hardly observable organism whose tentacles have an average length of 1.5 metres, compared to its small size (its jellyfish-like airbag averages 3 centimetres).