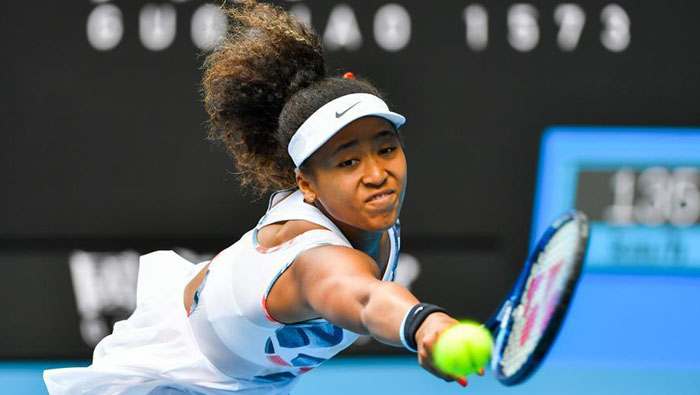 Melbourne: Defending Australian Open women's champion, Naomi Osaka from Japan moved comfortably through the first round on day one of the tournament on Monday, and will now prepare to face China's Zheng Saisai in the second round.

The third-ranked Osaka said she felt surprisingly comfortable with the pressure, having learned a lot after dropping out in the fourth round of the U.S. Open last year, where she was also chasing a second consecutive title.

"I think for me I understand that I don't have to play perfect in the first round, it's more about building your level up and getting comfortable with yourself," Osaka told reporters.

"Also just understanding that every match you play is probably going to be very difficult and being ok with that."

Osaka will now face Zheng on Wednesday, after the Chinese player also breezed through her first round match-up.

Having played against Zheng in the past, Osaka said she was not expecting the meeting to be an easy one.

"She's a very tricky player, she slices and drop shots from what I can see of her matches in the past," Osaka said.

"I think it will probably be a match where I have to dictate a lot and just stay consistent and be positive -- because there are going to be times when I do think I'll be frustrated."