Oman nails Kuwait down for a psychological edge before final 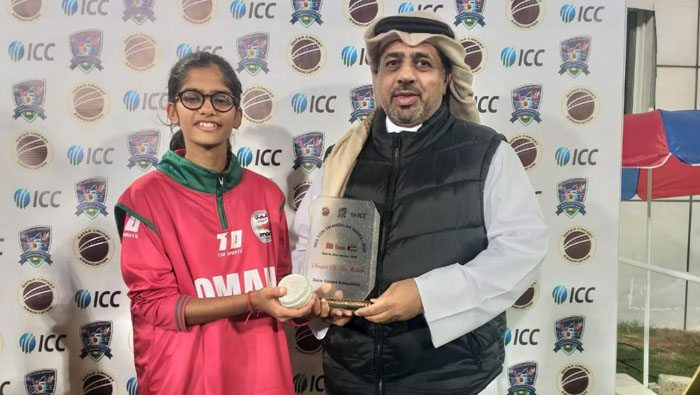 Doha: Anshita Tiwari’s three splendid overs in which she picked up three wickets for only eight runs were instrumental in Oman overcoming Kuwait by 3 runs on Sunday night, gaining a psychological boost before the two sides meet in the Triangular Series final on Tuesday afternoon.

Host Qatar failed to qualify for the final after losing three out of four games it played in the tournament.

Facing a modest total, Kuwait made a sound start, reaching 54 without loss in 9 overs before Oman began to tighten the noose with quick strikes by Priyanka and Bhakti. Dot balls, tight bowling and good fielding summed up Oman’s resurgent response in the innings’ second half.

Perturbed by Oman’s wicket to wicket bowling and sharp fielding in the ring, Kuwaiti batswomen found themselves in a race against time before folding up for 105 in 19.5 overs.

The statistical view illustrated how focused and disciplined Oman women were on the field, clean bowling five Kuwaiti batswomen, finding two of them plumb in front and running out three. Priyanka was deservedly declared player of the match for her 3 for 8 in 3 overs.

Tuesday’s final is scheduled to start at 3 pm Oman time.