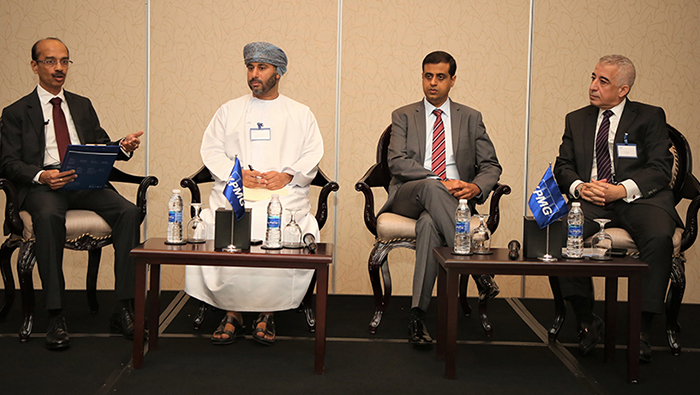 Muscat: Continued government spending in specified areas along with the active role of the private sector is expected to help achieve fiscal stability and drive economic growth in the Sultanate, KPMG Lower Gulf representatives said at a seminar held in Muscat.
Following the publication of Oman’s Budget for 2020, KPMG Lower Gulf provided analysis and discussed its implications for corporates with several Oman’s business leaders.
Ashok Hariharan, Partner and Head of Tax, presented some of the key highlights of the budget and addressed what it means for businesses. He was joined by panellists and officials from Ministry of Finance (MoF) who provided insights on Oman’s economic performance in 2019, expectations for 2020, as well as the business opportunities available for local and foreign investors.
Oman revealed its 2020 budget on Wednesday, January 1. Total spending is budgeted at OMR 13.2 billion (USD 34.3 billion), an increase of 2 per cent against the previous year’s budget. Revenues are estimated to grow by 6 per cent to OMR 10.7 billion (USD 27.8 billion), leaving a budget deficit of OMR 2.5 billion (USD 6.5 billion). The deficit is 8 per cent of the GDP for 2020, which is targeted to grow by 3 per cent.
This year’s budget is based on an oil price of $58/bbl, which is the same as budgeted for 2019. The average realized price of oil for 2019 was $64/bbl.
The 2020 budget demonstrates the government’s focus on controlling the deficit, which is expected to decline by 11 per cent from OMR2.8 billion in 2019 to OMR 2.5 billion in 2020. Debt as a proportion of GDP is likely to rise but remain below 60 per cent. Oil and gas revenues constitute a significant portion of government revenues (72 per cent), although the proportion is slowly declining. Expenditure is kept under control with a budgeted increase of only 2 per cent, attributable to an increase in interest cost on borrowings.
Hariharan said, “The importance of achieving a fiscal balance as envisioned by the 2020 budget is underlined by the government’s 'Tawazun' (or balance) initiative, which seeks to enhance revenues, optimise costs and reduce debt. The private sector is expected to play a greater role in development projects, job creation and achieving economic diversification. Investor friendly regulatory changes made in 2019 are expected to assist in achieving targeted rates of foreign and domestic investment. Development spending of OMR 5.3 billion is also expected to generate employment opportunities. We believe the budget steers the economy in the right direction in these challenging global economic situations.”
The government is also focusing on developing a multi-year budget framework (2020-2024) after considering Vision 2040 and the 10th Five-Year Plan. This is one of the five-point action plans identified to achieve fiscal balance over the medium term.
Five strategic sectors (manufacturing, transport and logistics, tourism, fisheries and mining) have been identified as key to diversification, moving the economy away from oil and gas and the contribution of these sectors to the GDP stood at 20.6 per cent in 2019.
The National Centre for Employment has also been established to employ national manpower. Similarly, the National Training Fund, established for human capacity building and up-skilling of national job seekers, is expected to train 10,000 individuals during 2020 and 2021 with an anticipated training budget of OMR26.8 million.
The 2020 budget statement also indicated a healthy performance of 2019 with revenues being more than 10 per cent than budgeted and the deficit declining by 7 per cent.
On the tax front, the Tax Authority and the Ministry of Finance in Oman aim to introduce VAT and continue with the preparations required to get the VAT Law approved and published during 2020 with a formal announcement regarding the effective date of implementation. Furthermore, one can expect certain international tax reforms in the areas of transfer pricing, tax treaty abuse and exchange of financial information.
The seminar also included a discussion with esteemed panellists His Highness Dr Adham Al Said, Assistant Professor of Economics, Sultan Qaboos University; Sanjay Kawatra, Chief Operating Officer, Ominvest and L’oai Bataineh, Chief Executive Officer, U-Capital. MoF officials also provided valuable insights on aspects such as economic benefits reaped from government investments over recent years, efficient debt control policy and potential opportunities for the private sector in upcoming mega projects.
Overall, all speakers at the seminar noted that the 2020 budget provides the right outlook to achieve fiscal balance, continue investment spending and maintain social welfare.