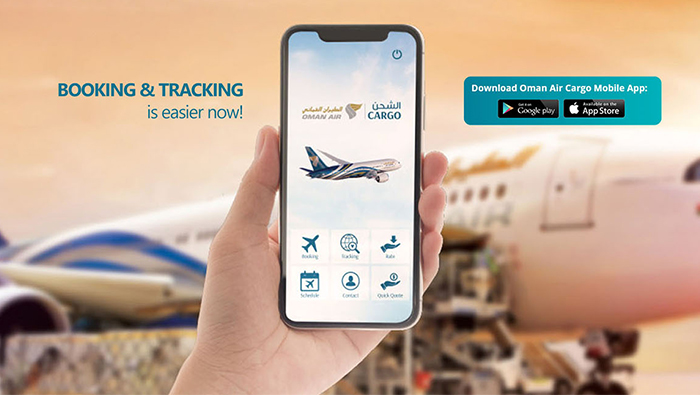 Muscat: Following the completion of construction of the cargo operations facility complex at Muscat International Airport, Oman Air’s Freight Unit is looking to increase its cargo handling capacity by offering services that are in line with global standards.
Speaking to the Oman News Agency (ONA), Oman Air’s Senior Vice President of Commercial Cargo, Mohammed bin Ali Al Musafir, said that the national carrier of the Sultanate was working on setting competitive logistical standards that rise to international levels after completing the development of the air cargo operations facilities at the freight services building at Muscat International Airport.
The transportation and logistics sector has been identified as a key area of expansion under Oman’s Tanfeedh programme for economic diversification, which looks to develop the economy and move it away from the oil-and-gas industries, thereby expanding the country’s source of revenue and reduce its dependence on fossil fuels.
“The air cargo unit comes in complementation of the Sultanate’s overall strategy for revamping the logistics sector,” reported ONA, referring to the interview with Al Musafir. “The government has been working to lay down the basic brick for the cargo sector, albeit by setting up a modern cargo building that serves as a wide façade for the service. The company has been liaising with the departments concerned to develop air and air cargo with a view to reaching a total volume of 500,000 tonnes by 2040.”
The new air cargo hub will accommodate 734 multi-level loading containers and 2,208 mobile chutes, besides goods transport vehicles fitted with hydraulic cranes.
“The facility also has gates that provide for the simultaneous loading of three air cargo planes and 25 outlets that accommodate 40 feet and 20 feet cargo vehicles, along with a 400-car parking lot and a 34-heavy-vehicle parking space,” added ONA.
“This is in addition to a 2,500 square-metre livestock centre and 228 square-metre chambers for high-risk goods.”
Due to the fact that the airport often receives perishable materials, the whole building has already been provided with good air-conditioning systems and cooling stores to preserve perishable items.
In a statement to the ONA, Al Musafir pointed out that Oman Air plays a major role, making an ideal use of its fleet of 55 aircraft, noting that West Asia, Europe, Indian Ocean countries and Sri Lanka are the main air cargo destinations of Oman Air. Market competition in 2016 indicates that cargo volumes increased by 30 to 40 per cent. Ideal use of air cargo capacity in aircraft and an increase in flights and Oman Air destinations helped multiply revenues between 2016 and 2019.
As many as 48 agents represent Oman Air around the world, Al Musafir went on to say. Oman Air as the national carrier uses the services of some countries to maximise its global coverage, and has signed agreements with 80 airlines that provide such services. A study is under way to purchase air cargo planes that will serve alongside chartered cargo planes.
Stressing the importance of electronic trade, Al Musafir told ONA that this was a sector that underwent continuous development and relied on goods of a light size and weight being exported to consumers across the globe. He felt that the number of users of e-businesses would witness a steady growth, and ‘smart cargo’-- a system of operations serving as a platform for selling activities -- is being increasingly used by agents at a global level. This is known by importers as the ‘air compass’.