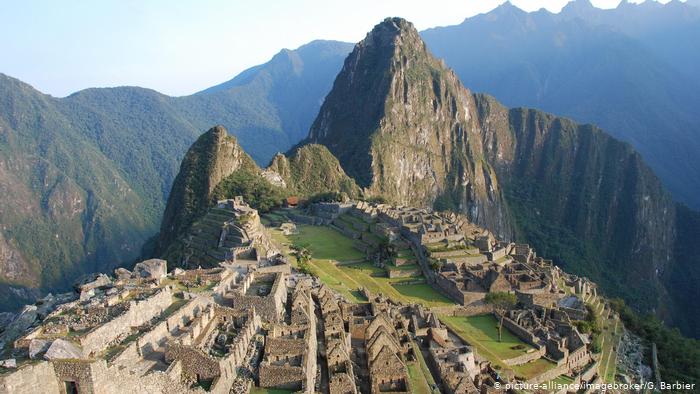 Six tourists are in trouble after Peruvian police said they were caught vandalizing the famous Incan sanctuary Machu Picchu.

Authorities said four men and two women from Chile, Brazil, France and Argentina were arrested Sunday after they were found by park rangers in a restricted area of the Temple of the Sun. Several parts of the temple are off-limits to tourists for preservation reasons.

The group is said to have entered Machu Picchu on Saturday and hid in among the ruins to illegally spend the night.

Five of the tourists will be deported, and one man from Argentina will remain in Peru to face charges for "destroying Peru's cultural heritage." The 28-year-old acknowledged that he tried to remove a stone that fell to the ground, causing a crack in the floor, authorities said. He could be sentenced to four years in prison if convicted.

It is not the first time that the 600-year-old Machu Picchu has been damaged by visitors.

In 2004, two Chileans were sentenced to six months in jail for spray painting a wall and were released only after agreeing to pay $100,000 in damages. In 2017, three Argentinians and a Colombian were arrested for painting graffiti on the ancient walls.

Machu Picchu is a UNESCO World Heritage site located near Cusco in southern Peru visited by more than 1 million tourists a year.