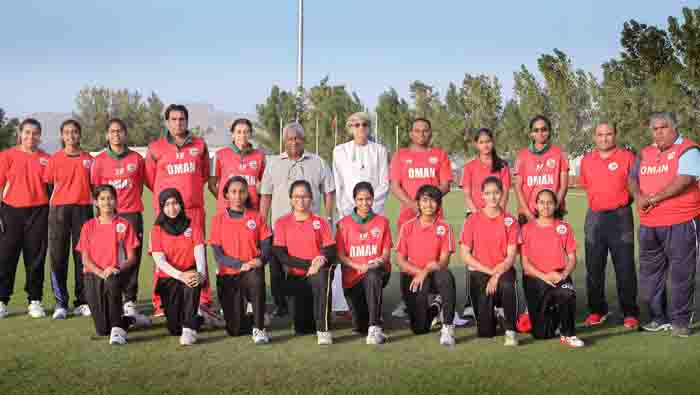 Muscat: Oman women’s team left for Doha on Wednesday to participate in the ICC Quadrangular T20 International Series also involving Kuwait, China and host Qatar with high hopes of leaving an impact on the tournament.

Leading a very young side, captain Vaishali Jesrani is confident her team will make its presence felt.

“All the teams are competitive and we are going to play each game with a positive intent. Winning and losing is part of the journey but it will be our endeavor to learn from the experience and make an impact on the tournament,” she said.

“We have a good bunch of talented players who are keen to work hard and prove themselves in match situations. Some of the girls in the current squad toured United Kingdom last year and learned a lot after getting exposure to difficult playing conditions. After the UK tour and our recent preparatory training sessions and practice matches, they have more awareness of match scenarios which should help us during the quadrangular series in Qatar,” she said.

Explaining further, the Oman captain said the team had benefited immensely from the experience of its support staff including manager Sajith Kumar, coaches Haider Ali and Desmond Berhardt and physio Vijay.

“Regular training sessions and practice matches against competent boys team has helped the team to hone its skills and gain match experience. Winning both matches against Stallions Cricket Team of under-15 boys, which toured Oman in December 2019, has also helped in boosting the team’s morale,” she added.

Vaishali believes such tournaments were immensely important for teams like Oman which needs regular international exposure and experience to develop into a good competitive team.

“We have got a fantastic opportunity to play T20 Internationals against three good teams. It is extremely important that our girls keep getting such opportunities to perform in tournaments. After the UK tour and the Quadrangular Series in Qatar, we are glad that we will be playing a bilateral series against Germany’s women’s team in February. All this is going to help the team and we are grateful to Oman Cricket Board for the wonderful support it has always extended,” added the captain.

Oman will face Qatar in the tournament opener at 1 pm on January 17 followed by Kuwait taking on China at 5.30 pm. Oman’s second game will be against China at 3 pm the next day followed by its final group game against Kuwait at 10 am on January 19. The semifinals will be held on January 20 followed by the third place play-off and the final on January 21.