'Cutting water, power to force eviction of tenants is illegal in Oman' 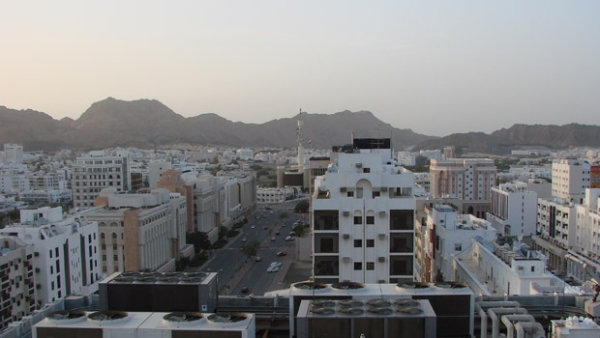 Muscat: Cutting off electricity and water to force out tenants from their homes by breaching a valid agreement is illegal, a top official from a real estate association in Oman said.
Get your essential daily briefing delivered direct to your email inbox with our e-newsletter
“It is illegal and unfair. If there is a valid agreement, it cannot be done. If somebody is being victimised, they should approach the court,” Hassan Mohd Juma, the managing director of Al Osool Real Estate (ERA-Oman) and deputy chairman of the Oman Real Estate Association, told the Times of Oman (TOO).
TOO has learnt that tenants are reportedly being forced out from their homes as ‘some landlords’ resort to cutting off electricity and water to make them pay arrears or sign new tenancy agreements with higher rates.
“To move out a tenant, the landlord has to give at least a three-month notice if the lease period is one year. If the lease period is only three months, then the landlord should give half of this time as notice period. This is according to the law. This cannot be breached,” Juma said.
“Oman is a country where expatriates and nationals are given equal treatment under the law.
Let it be an expatriate or a national, if he is been forced to move out through illegal ways breaching agreement, he should challenge it in the court,” he said, adding that tenants should read the agreement properly before signing it.
Stay ahead of the rest and download our free WhatsNews app for Apple, Android or Blackberry
According to the current tenancy law in Oman, for residential buildings, the rent can be increased only once in three years and for commercial buildings, it can be done only once in five years. Earlier, there was a cap imposed on increasing the rent, however it was removed in 2011.
An official from the Ministry of Housing also said landlords, who are cutting off electricity and water to their tenants are breaking the law.
“If your tenant is not paying the rent, you need to take proper action. You have to start legal proceedings and file the case through the court and not cut off basic utilities,” the official, who did not want to be named as he is not authorised to talk to the press, told TOO.
However, ‘some landlords’ said they resort to such moves to protect their interests.
“We have to protect our interest. For example, my livelihood depends on rentals and I cannot survive if the tenant does not pay the rent. The last resort is to cut off the electricity and water to force him to pay,” Khalid Al Maamary, a landlord of a block of flats in Al Baushar told TOO.
With summer approaching, tenants will be left to sweat it out in the heat with small children. At the same time, they would also have to find out extra cash to pay for a new lease agreement.
“I missed only two payments but I already promised him to pay back by end of this month. He cut off the utilities and we have a two months old baby. This is inhuman and where can we go?” Rishi Sampat, an Indian expatriate, said.
Kabeer Khan, a Pakistani has a similar story. He said that even though he pays his rent regularly, his landlord is demanding a 20 per cent hike in the new agreement.
“The last agreement expired in February. He gave me one month’s notice and I cannot come up with the extra cash. He cut off the electricity for 24 hours last week, but reconnected the second day with a warning that he would permanently shut off everything if I don’t pay the new rent,” Khan said.
In its latest report issued in November, Cluttons, the international real-estate consultancy, said that after five consecutive quarters of stability in the residential rental market, rents across Muscat had dipped slightly during the third quarter of 2015.
However, the volume of tenant requirements has continued to hold steady, with demand remaining centred on what is perceived to be high quality, well-managed properties, the report added.