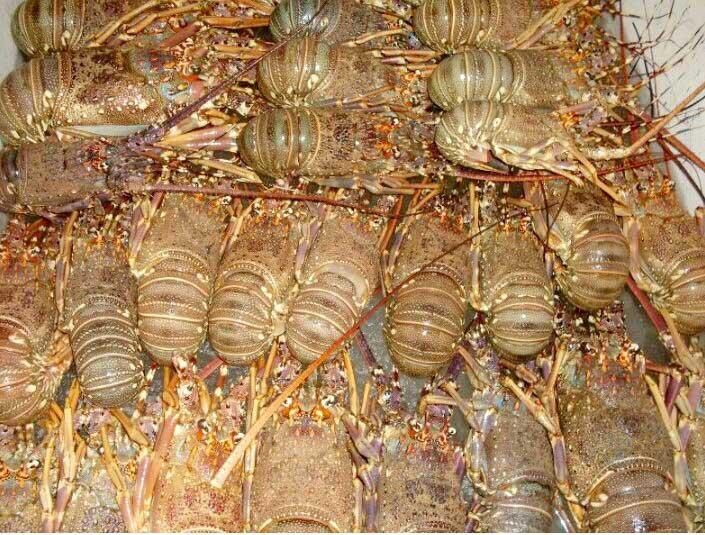 Ja’alan Bani Bu Hassan: Lobster season ended last Saturday in the Governorates of South A’Sharqiyah, Dhofar and Al Wusta.
The season began on March 1, 2016 and continued for two months. Lobster season is one of the most important times of year for many fishermen because of the revenues they are able to earn.
Omani fishermen catch lobsters along the coasts in the Governorates of South A’Sharqiyah, Dhofar and Al Wusta overlooking the Arabian Sea.
Salim bin Sultan Al Araimi, Director of the Fisheries Department in the Wilayat of Ja’alan Bani Bu Ali in the Niyabat of Al Ashkharah pointed out that sizeable revenues have been reported due to the large lobster harvests in 2016 in some coastal villages in the Governorate of South A’Sharqiyah.
He added that the harvest has increased, in comparison with past years.
He also told Oman News Agency (ONA) that specialists from the ministry are collecting and analysing scientific, economic and statistical data concerning the current season in the Sultanate.
He added that, according to the Ministry of Agriculture and Fisheries statistics, the catching of lobster in 2015 reached 416 tonnes, compared to 302 tonnes in 2014.
Largest lobster catches
The Governorates of Dhofar and Al Wusta have reported some of the largest lobster catches. Dhofar came in first with 271 tonnes, followed by South A’Sharqiyah with 73 tonnes and Al Wusta with 62 tonnes.
Al Araimi remarked about the high value of lobsters, noting that one kilogram of lobster costs OMR3.5 to OMR4.5. Lobsters are both locally consumed and exported to the United Arab Emirates (UAE), Kingdom of Saudi Arabia, Qatar and some Asian and European countries.
Seasonal rules
He urged the country’s fishermen to abide by seasonal rules and regulations, as the Law on Marine Fishing and Protection of Living Aquatic Resources bans fishing during the fertilization and reproduction period from May 1 to February 28each year.
He pointed out that prohibitions remains in force during the period of fertilization and reproduction that includes handling, transportation, sale, purchase and export, as well as all operations related to the lobster trade.